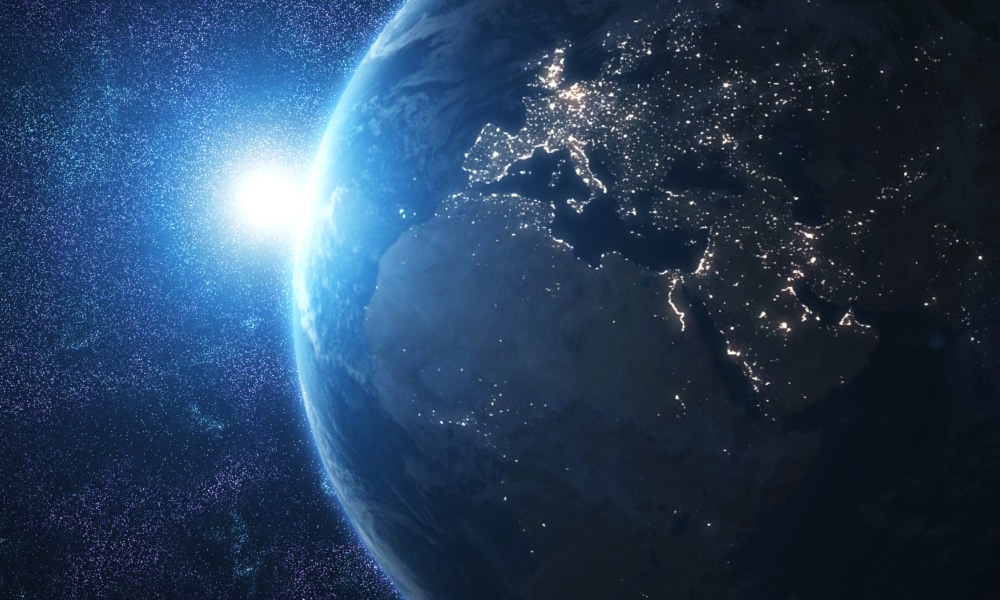 (THE SUN) – A mysterious object 500 million light-years away have baffled scientists after transmitting signals that hit Earth every 16 days. Scientists do not know what is causing the phenomenon, but it is being recognized as the first reliable pattern of fast radio bursts in deep space. These newly discovered radio bursts repeat their activity every 16 days – suggesting something is controlling them.

Researchers have so far found over 100 types of fast radio bursts, but only 10 of those have been seen to repeat – and none have shown any consistent tempo. Astrophysicists discovered the pattern in data from the Canadian Hydrogen Intensity Mapping Experiment, or CHIME, a radio telescope in British Columbia.

In this particular instance, around one to two radio bursts will blast out per hour for four days before going silent for 12 days. The cycle then repeats itself. These bursts were recently traced to a spiral galaxy nearly 500 million light-years away from Earth. READ MORE