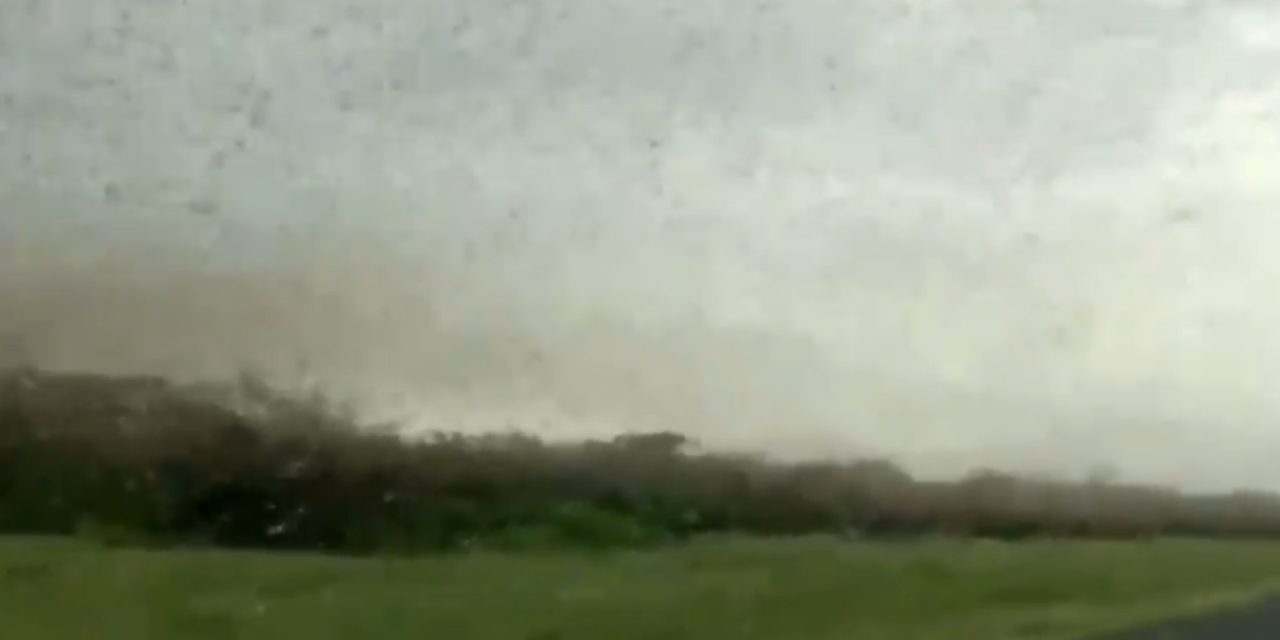 (ETH) – A plague of locusts continues to wreak havoc across East Africa and new footage has been released showing locusts swarming a motorist in a frightening video. Reports from local sources there are indicating that Billions of the insects have ravaged crops across the region in what has been described as the largest locust outbreak in decades.

The terrifying Footage that has emerged online shows the sheer scale of one of these locust swarms. In the clip – taken at an unknown location in Kenya – shows the moment the locusts appear across the sky. In the video, you can see the cloud of locust emerge and within seconds, swarm over a man’s car as far as the eye can see, turning the sky black from the number of locusts.