Locusts devour tens of thousands of acres of farmland in Kenya, Somalia and Ethiopia 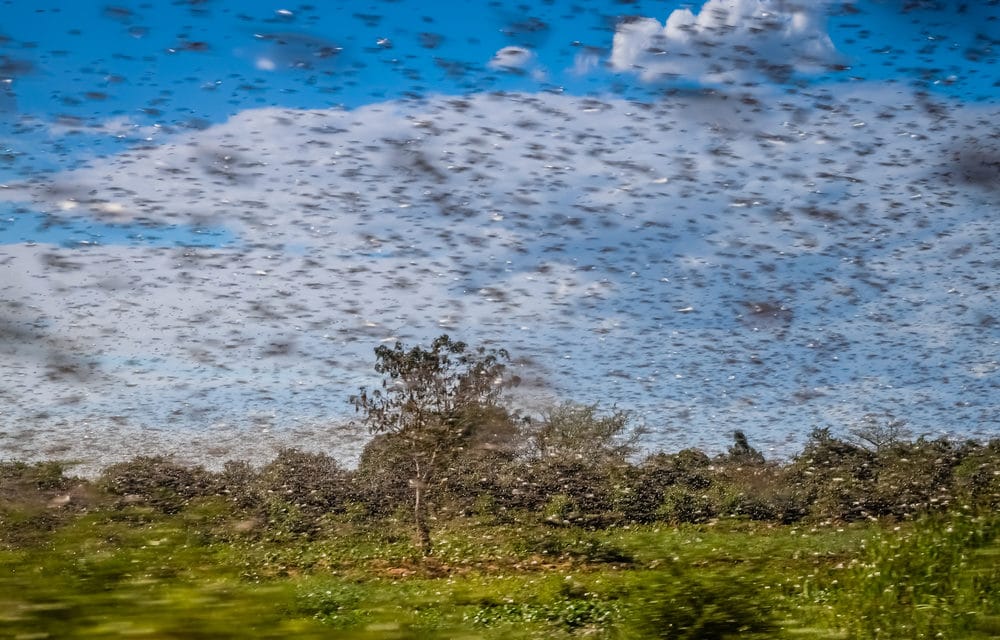 (ETH) – The extent of the damage left behind from the ongoing locust plague that has impacted multiple countries is getting hard to even comprehend. A recent report has indicated that the swarms have left a trail of destruction across East Africa and is stretching across Yemen, Iran, Pakistan, and India and is now multiplying by the millions and broadening their reach as far as China.

According to a report from Reuters, One Kenyan farmer named Mwende Kimanzi said planes started spraying as soon as the swarm of desert locusts appeared in Kenya but it was not enough to save her crops. She went on to say the locusts landed in her fields two weeks ago and since then they have completely devoured her crops. The locust swarms have already destroyed tens of thousands of acres of farmland in Kenya, Somalia, and Ethiopia alone and is threatening food supplies in the worst locust invasion in 70 years.