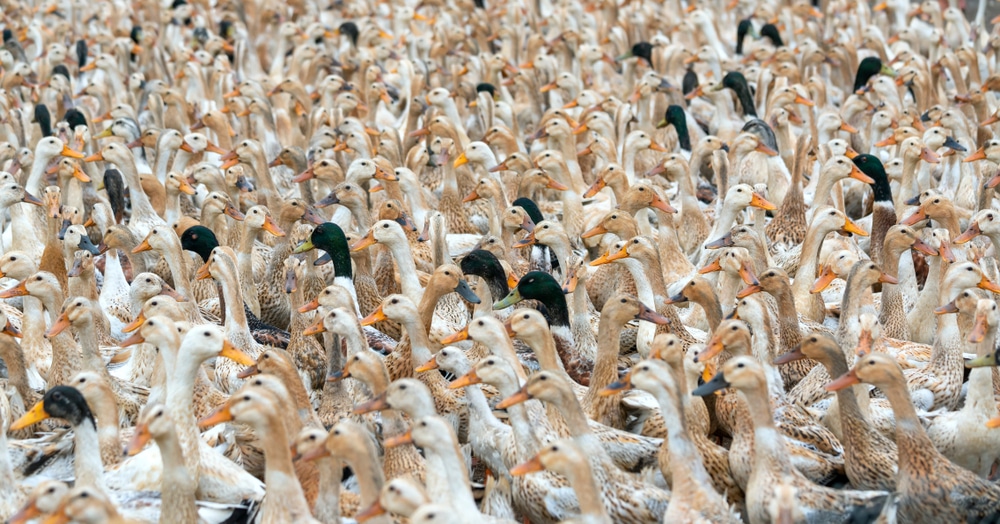 (ETH) – As several Nations are dealing with the unprecedented locust plagues that continue destroying crops and livelihoods from Africa to now bordering China. The plan to combat these locusts is unleashing an army of one hundred thousand Chinese duck platoons that are waiting to be deployed to neighboring Pakistan to fight a swarm of crop-eating pests that threaten regional food security.

Before you laugh, keep in mind that “One duck is able to eat more than 200 locusts a day,” according to Lu that said in a telephone interview on Thursday, citing results of experiments to test the ducks’ searching and predation capabilities. These locusts have spread through countries from eastern Africa to South Asia, completely destroying crops and pastures at an unprecedented pace.

Along with this, they are experiencing unseasonal rain and a scourge of low-quality seeds that have struck major crops in Pakistan’s largest producing regions, weighing on its already fragile economy. And it has also migrated into India.  If the duck platoon sounds strange, Pakistan’s government is urging its citizens to eat the locusts. They even went on to say “people should take advantage of the situation and barbecue locusts or make a curry”, according to a local newspaper report.

The report went on to state that at least 100,000 ducks are expected to be sent to Pakistan as early as the second half of this year to combat the locust outbreak, according to Lu Lizhi, who is a senior researcher with the Zhejiang Academy of Agricultural Sciences.