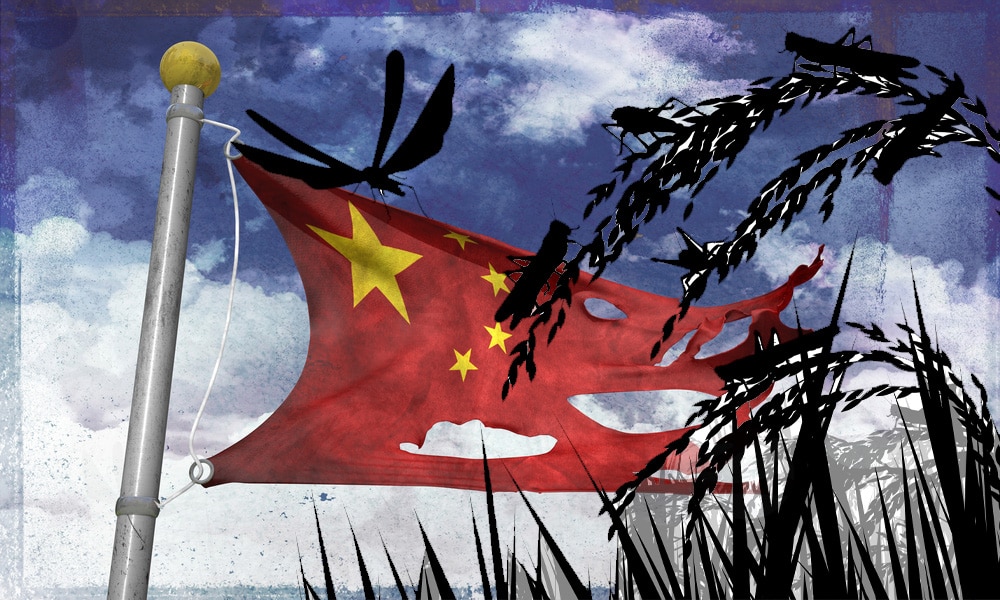 OPINION (ETH) – The apocalyptic locust swarm that has recently devoured millions of acres of crops across East Africa destroying food supplies across Kenya, Somalia, and Ethiopia have now reached the Chinese border after crossing the Red Sea into Europe and Asia in recent days. This now makes two plagues that are taking place simultaneously, in China. As if the Coronavirus outbreak wasn’t enough to deal with, now the Nation will be dealing with Billions of these insects that have been described as the worst plague in decades.

There are many that are beginning to wonder if we are seeing a repeat of Biblical history mentioned in the Book of Exodus regarding plagues that were unleashed from the Almighty during the captivity of the Children of Israel under Pharoah and Egypt.

In the account of Exodus, the Lord raised up a prophet named Moses who warned Pharoah to release the Israelites from bondage and cruel punishment or face the consequences of the wrath of God being poured out upon the Nation, which turned out being what we know today as the “Ten Plagues of Egypt” which consequently, one of the plagues was a “plague of locusts”. And with the harsh persecution that the Chinese government has unleashed upon Christians in China, it sure does make you think.

In fact, a recent article by Michael Snyder highlighted the similarities of this recent locust plague to that of the time of Exodus. Snyder stated:  Locust armies numbering in the billions are absolutely ravaging large portions of eastern Africa and vast stretches of the Middle East. “We are being told that these locust armies“are unprecedented in size and scope”, which means that we have never seen anything like this before. And as you will see below, the UN continues to warn that the number of locusts could get “500 times bigger” by June.

According to the Daily Star, footage has surfaced showing thousands of these locusts reaching the border of China, adding yet more problems to a country struggling to contain the deadly coronavirus. China reportedly tried to downplay the severity of the locust swarms reaching the country, claiming their modern technology and sufficient stocks which have not been seen in Africa will prevent any widespread damage.