What the Philippines volcano ‘worst-case scenario’ could look like 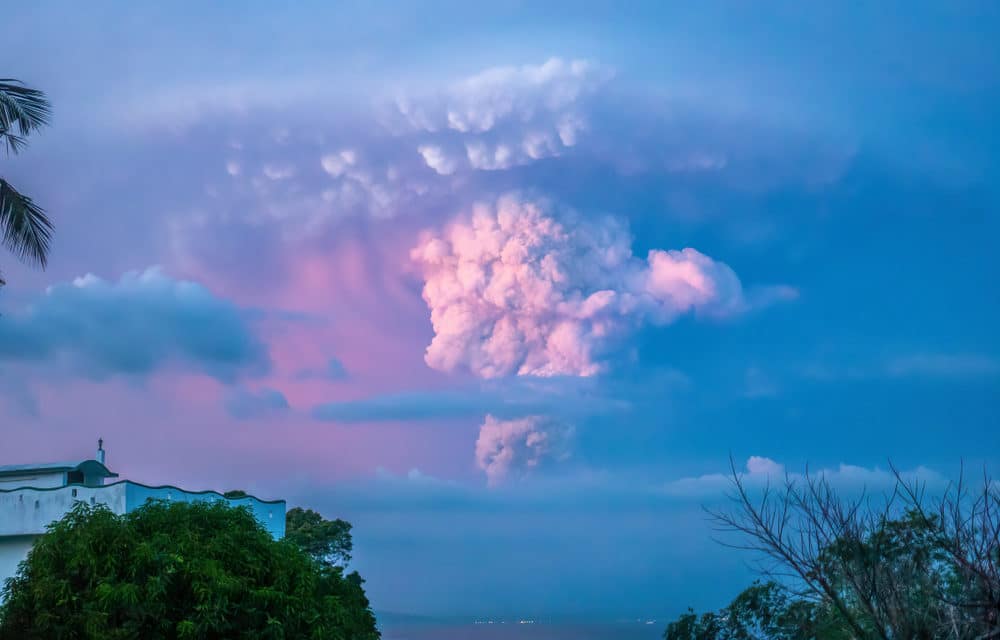 (National Geographic) – Normally, the view from the webcam sitting inside Lake Taal in the Philippines shows clouds drifting over the lake’s placid waters, as verdant slopes rise in the distance. But on the afternoon of January 12, this peaceful scene was suddenly interrupted by a torrent of hot ash and gas, before the camera was smothered by darkness.

The outpouring marked the beginning of an unnerving eruption sequence at Taal Volcano, which sits on the island of Luzon. On the first day, steam-driven blasts flung ash nine miles into the sky. Startling displays of volcanic lightning ricocheted around this dark maelstrom, and a myriad of intense volcanic earthquakes rocked the region. On January 13, the eruption became somewhat more magmatic, as lava fountains started shooting up from the main crater.

Ash continues to blanket the Philippines as of press time, including in the capital city of Manila, about 62 miles north of the volcano. Flights have been canceled, schools and other public institutions have closed, and tens of thousands of people have been evacuated from both the volcanic isle within Lake Taal and from the vast shorelines around it. FULL REPORT