Thousands cheer as Trump promises to defend the unborn 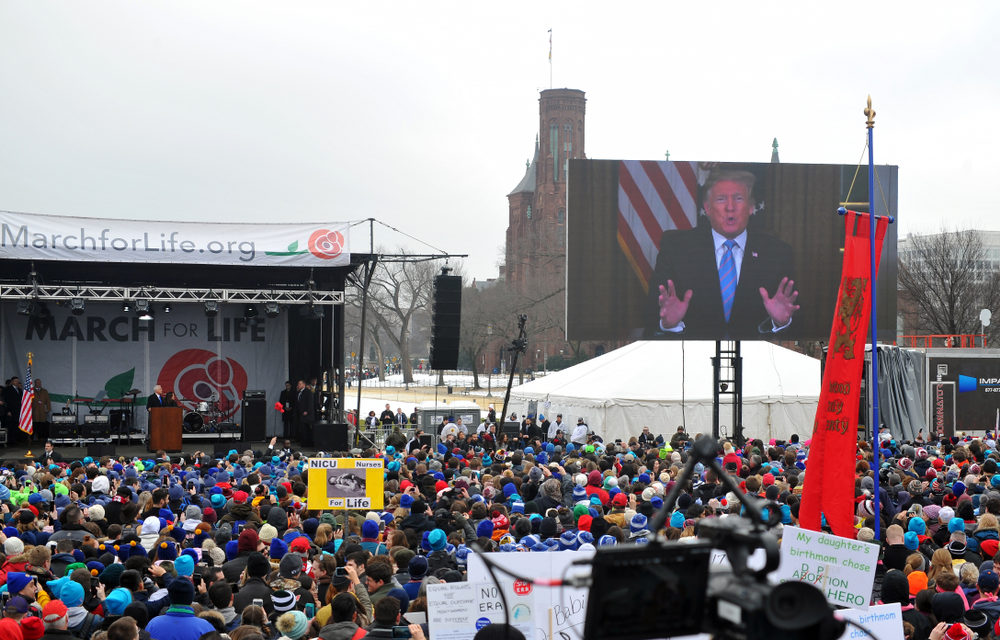 (ONN) – President Donald Trump called it his “profound honor” on Friday to be the first president to attend the annual March for Life rally in Washington. He used his speech to attack Democrats as embracing “radical and extreme positions” on abortion and praised those attending the event, saying “unborn children have never had a stronger defender in the White House.” “Every life brings love into this world. Every child brings joy to a family.

Every person is worth protecting,” Trump said, prompting loud cheers from the many thousands attending the march. Trump is counting on the support of his base of conservative activists to help bring him across the finish line. “I think it’s a brilliant move,” said Ralph Reed, chair of the Faith and Freedom Coalition and one of Trump’s most prominent evangelical supporters. Reed said the president’s appearance would “energize and remind pro-life voters what a great friend this president and administration has been.” READ MORE

Your latest news from a Christian perspective.