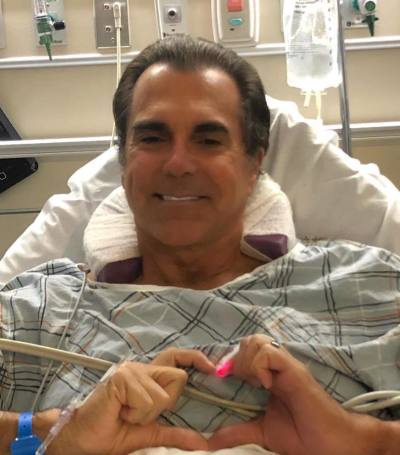 (CP) – Legendary gospel music entertainer Carman Licciardello has declared that he won’t stop fighting for his life and believes in total healing as he battles cancer for a second time. Licciardello was diagnosed with incurable myeloma cancer in 2013 and defied the odds after nine months of chemotherapy. But after six years in remission, it has returned.

“Doctors said the average remission was nine years. A year ago January, the oncologist told me my myeloma markers were spiking. Meaning, that in all this time I had no signs of cancer and in complete remission, but now the tests tell us 17% of the cancer is back. Nine years reduced to six years,” he wrote on Facebook Sunday. He revealed that for the past five months he’s tried a few different cancer treatments but they all failed.

“Since last July I’ve been on the more advanced medicine and getting chemo shots in my stomach every Tuesday. That really hurts. They added a type of steroid, which bloats you up. So I immediately gained 20 pounds of water weight I couldn’t get rid of. (Ugh) Now this week I’m back in Little Rock after faithfully following this regimen for seven months to see if this new approach has worked,” he continued. READ MORE