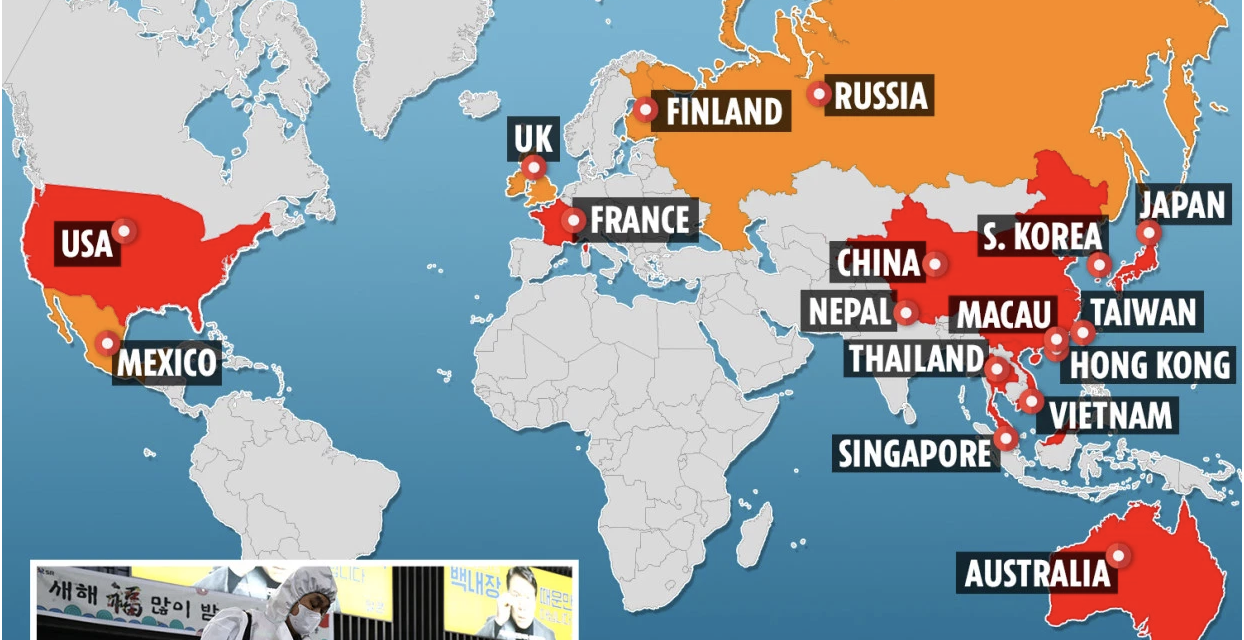 (Reuters) – The ability of the new coronavirus to spread is strengthening and infections could continue to rise, China’s National Health Commission said on Sunday, with more than 2,000 people in China infected and 56 killed by the disease. Health authorities around the world are racing to prevent a pandemic after a handful of cases of infection were reported outside China, including in Thailand, Australia, the United States and France. The mayor of Wuhan, the epicenter of the outbreak, said he expected another 1,000 new patients in the city, which was stepping up construction of special hospitals. The newly identified coronavirus has created alarm because much about it is still unknown, such as how dangerous it is and how easily it spreads between people. It can cause pneumonia, which has been deadly in some cases. READ MORE

The Sun – A brave surgeon who treated coronavirus patients has become the 41st victim of the outbreak – with 56 million people now on lockdown. Dr. Liang Wudong, 62, passed away today after becoming struck down with the deadly virus on January 16. The surgeon had treated patients at the Hubei Provincial Hospital of Integrated Chinese and Western Medicine before being transferred to the Jinyintan Hospital two days later. Dr. Wudong, who retired from the profession last June, had complained of feeling flustered with a tight chest when he was put in quarantine. The medic had a history of heart disease and coronary heart disease and had been working at the front line of the coronavirus outbreak in Wuhan city. Wuhan is the city where cases of coronavirus were first reported before the outbreak spread across the world. READ MORE

OCR – The OC Health Care Agency said it received confirmation from the U.S. Centers for Disease Control and Prevention on Saturday evening that an Orange County case has tested positive for the coronavirus that appears to have spread from China. The patient, a “traveler from Wuhan, China, has been in contact with the HCA and was provided guidance in order to reduce exposure to the public while awaiting laboratory confirmation from the CDC. The individual has now been transported to a local hospital and is in isolation in good condition,” the HCA said in a statement. The Orange County agency said it, in consultation with the CDC and the state Department of Public Health, is following up with all people who have had close contact with the patient. It said: –The HCA will monitor any close contacts and assure that proper evaluation and care is provided if they become ill. READ MORE

A paid daily newspaper published in California. The Register, published in Anaheim, is owned by Digital First Media. Freedom Communications owned the newspaper from 1935 to 2016.