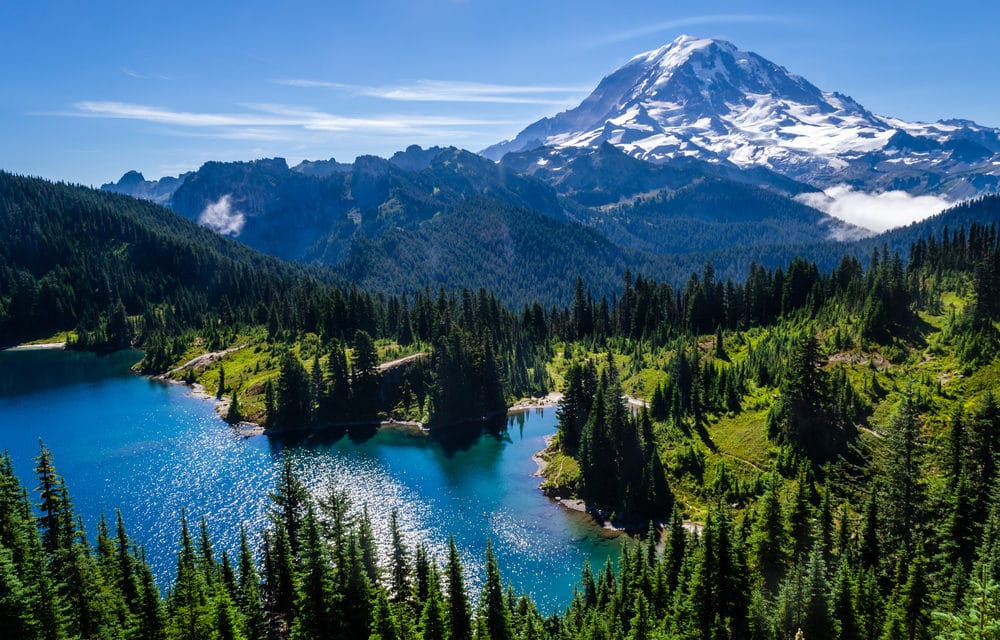 ST – After a spurt of seismic activity this weekend, Mount Rainier National Park was shaken by a 3.6 magnitude earthquake Sunday afternoon. The quake hit at 12:31 p.m. and was felt as far as Kent, nearly 80 miles away, the U.S. Geological Survey reported. The relatively shallow quake was centered roughly a mile beneath the earth’s surface. The nearest town was Packwood, population 230, 13 miles northwest of the epicenter. Since Thanksgiving day,

more than a dozen other smaller quakes have shaken Mount Rainier. The largest, until Sunday’s, was a magnitude 1.0. The mountain generally sees something in the neighborhood of a quake a week. But seismologists said the weekend tremors weren’t anything out of the ordinary for the earthquake-prone volcano. In other words: No eruption is imminent from the nation’s third most dangerous volcano. “These periodic swarms of little earthquakes are quite normal for Mount Rainier,” said Bill Steele of the Pacific Northwest Seismic Network. READ MORE

The Seattle Times is a daily newspaper serving Seattle, Washington, United States. It has the largest circulation of any newspaper in the state of Washington and in the Pacific Northwest region. The newspaper was founded in 1891 and has been controlled by the Blethen family since 1896.