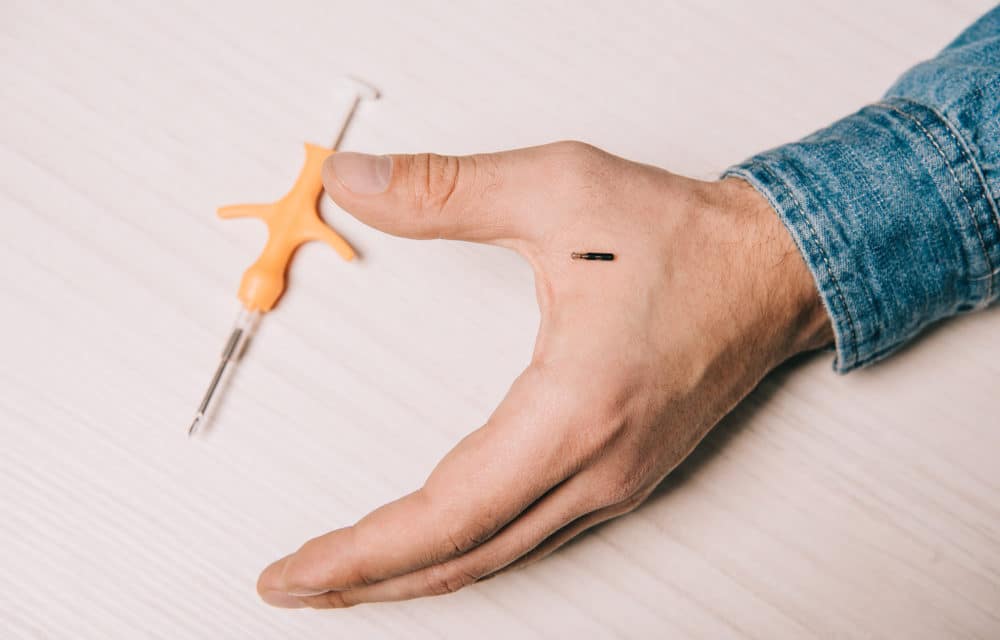 (CO) – In a dorm room at the University of South Carolina this month, 18-year-old Evan Bryer plunged a syringe preloaded with a microchip into the skin between his index finger and thumb. Now he can open doors with a wave of his hand.

The USC first-year implanted four microchips into both his hands to replace his student card with access to university buildings, save passwords and add new contacts to his phone. Bryer even glows in the presence of vending machines and cellphones. “It didn’t hurt any more than giving blood,” he told McClatchy newsgroup Tuesday.

In his left hand, the chip has his student ID code and phone contacts. His right hand is his “password manager.” Bryer later added an LED microchip to each hand that lights up when it’s in range of a reader, whether it’s a cellphone, vending machine or university door. Because people’s phones have readers in different locations, Bryer said he needs the LEDs to help guide his hand.

“It also looks cool,” he said. The computer science major from Michigan clarified they can’t be used to track him, given that microchips don’t have a battery or GPS. In fact, he said, they’re only “on” when receiving power from phone or door readers. They’re also only about 1 to 3 mm wide and 12 to 15 mm long — similar in shape to a grain of rice. READ MORE