Jim Bakker: God Spoke to Me About the Crisis That Is Coming Over All America 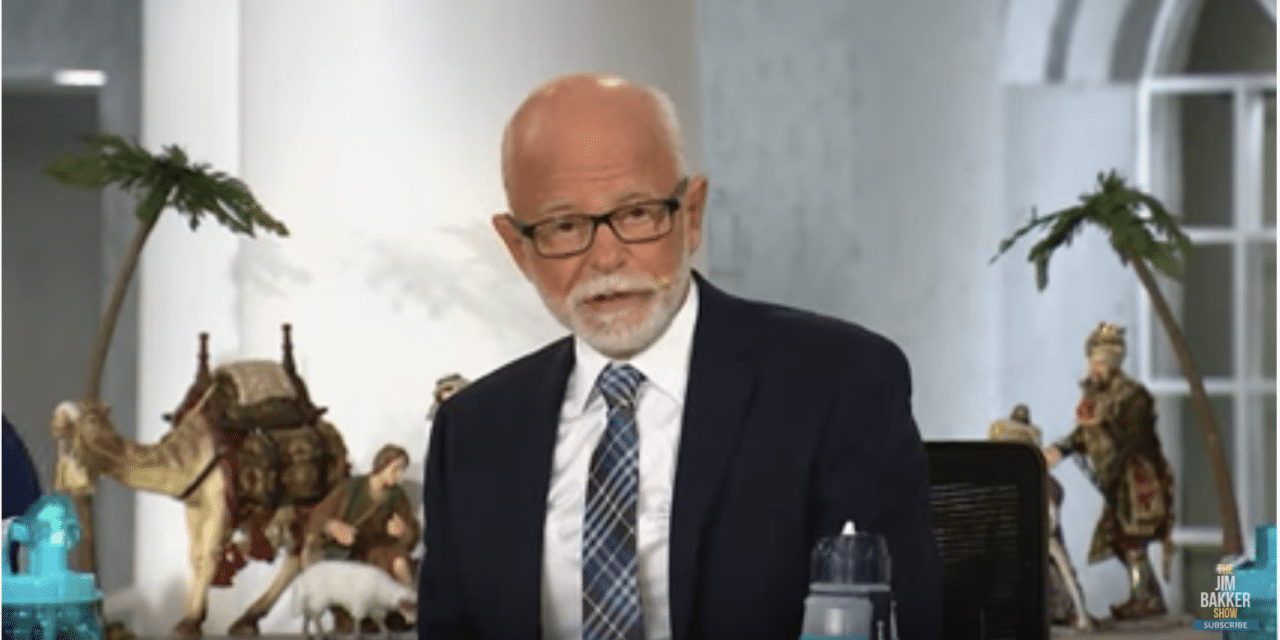 (OPINION) Charisma – Discussing Revelation 8, Jim Bakker teaches about what to expect in the end times. One of the things is that a “star” in verse 10 can be interpreted as an asteroid falling from the sky. He also says that in 1999, God gave him a revelation of future events such as 9/11.

“We’re living in a time when they’re trying to impeach the president of the United States, and they’re trying to destroy the America that we know,” Bakker says. “And, I’ll tell you what, God spoke to me about the crisis that is coming over all of America, and about the judgment of God.” Bakker plans to announce more revelations he says he received from God this coming New Year’s Eve. READ MORE
Advertisement