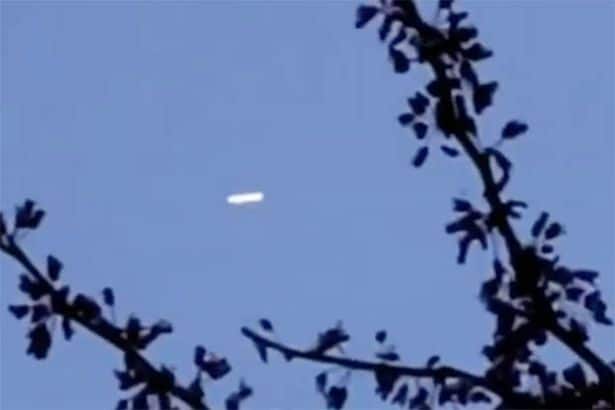 Daily Star – A UFO shaped like a cigar that mirrors several similar objects seen over the US has been spotted above Kansas. The bizarre footage starts with the camerawoman filming a plane above Wichita. But his focus is then drawn towards a bright cylindrical object nearby. Just as the plane goes out of shot the glowing “craft” comes into view.

It seems to bear a resemblance to similar cigar-shaped and snake-like UFOs seen across the country in recent months. “What in the h**l is that?” the person behind the camera asks as birds begin squawking in the background. “Okay, I’m confused, that is not a g*****n plane – that’s a plane.”

The footage was originally posted to YouTube by UFO Report in June, but has since resurfaced on YouTube. “That is a good one,” one wrote. Another commented: “Great footage, I wonder if the birds are going crazy.” While a third said: “This is the second video I have seen of this exact one.” READ MORE