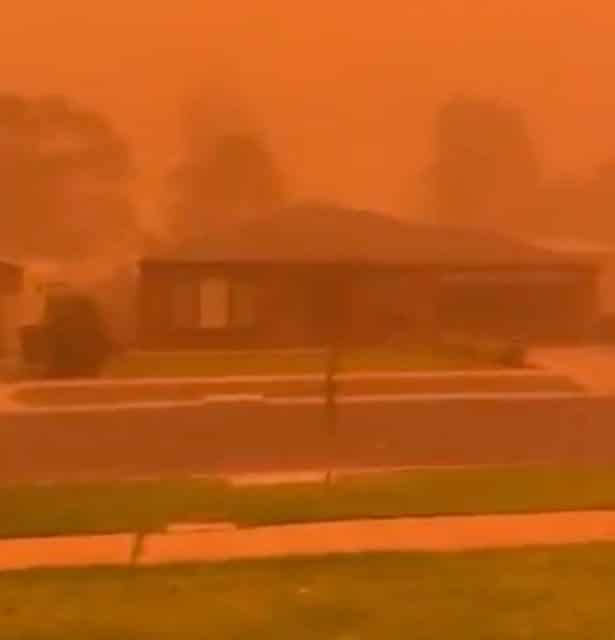 Daily Star – A city in Australia is starting to resemble a horror film apocalypse after being swallowed by a thick cloud of orange dust. Mildura, in the state of Victoria, has been engulfed in a dust storm since Thursday, with some residents struggling to breathe.

Video shared on Twitter by @jayson_butcher shows the air so thick and red that the end of the street is completely obscured by the hellish dust. “Just another day in Mildura #Drought #windndust,” he wrote in the caption. Residents also Guardian Australia that the dust was a danger to asthmatics and was “unliveable”. The clip has been seen more than 10,000 times since it was uploaded today. READ MORE