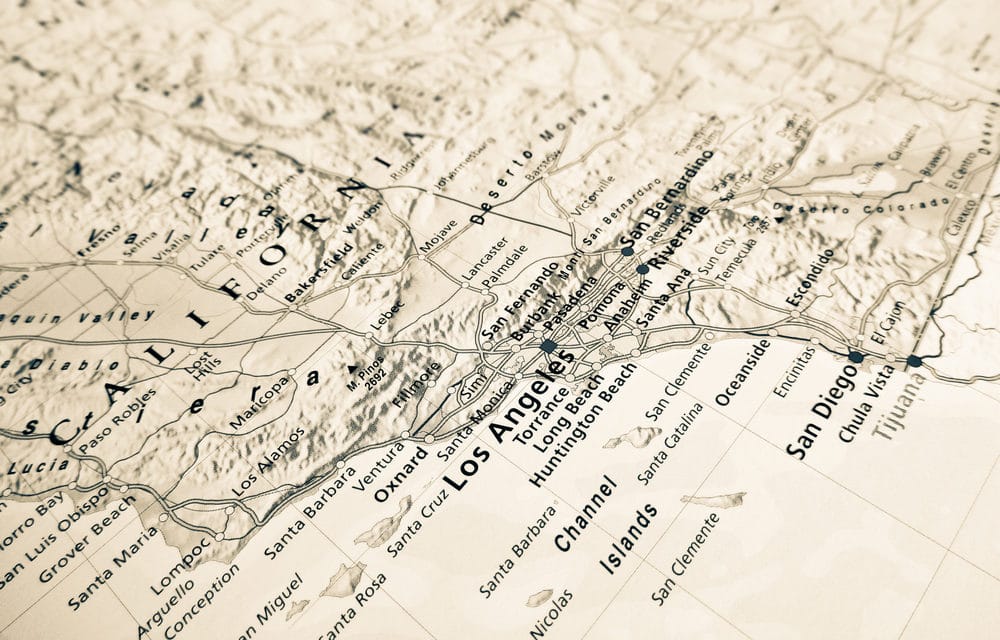 (S&S) – A major California fault capable of producing a magnitude 8 earthquake has begun moving for the first time on record, a result of this year’s Ridgecrest earthquake sequence destabilizing nearby faults, Caltech scientists say in a new study released in the journal Science on Thursday. In the modern historical record, the 160-mile-long Garlock fault on the northern edge of the Mojave Desert has never been observed to produce either a strong earthquake or even to creep —

the slow movement between earthquakes that causes a visible scar on the ground surface. But new satellite radar images now show that the fault has started to move, causing a bulging of land that can be viewed from space. “This is surprising because we’ve never seen the Garlock fault do anything.

Here, all of a sudden, it changed its behavior,” said the lead author of the study, Zachary Ross, assistant professor of geophysics at Caltech. “We don’t know what it means.” The observations reported are another piece of evidence that illustrates a widely persistent myth that circulates in California and beyond — that quakes like the Ridgecrest temblors are somehow a good thing that makes future quakes less likely. READ MORE

An American military newspaper that focuses and reports on matters concerning the members of the United States Armed Forces.