Pat Robertson rebukes Trump for pulling troops out of Syria 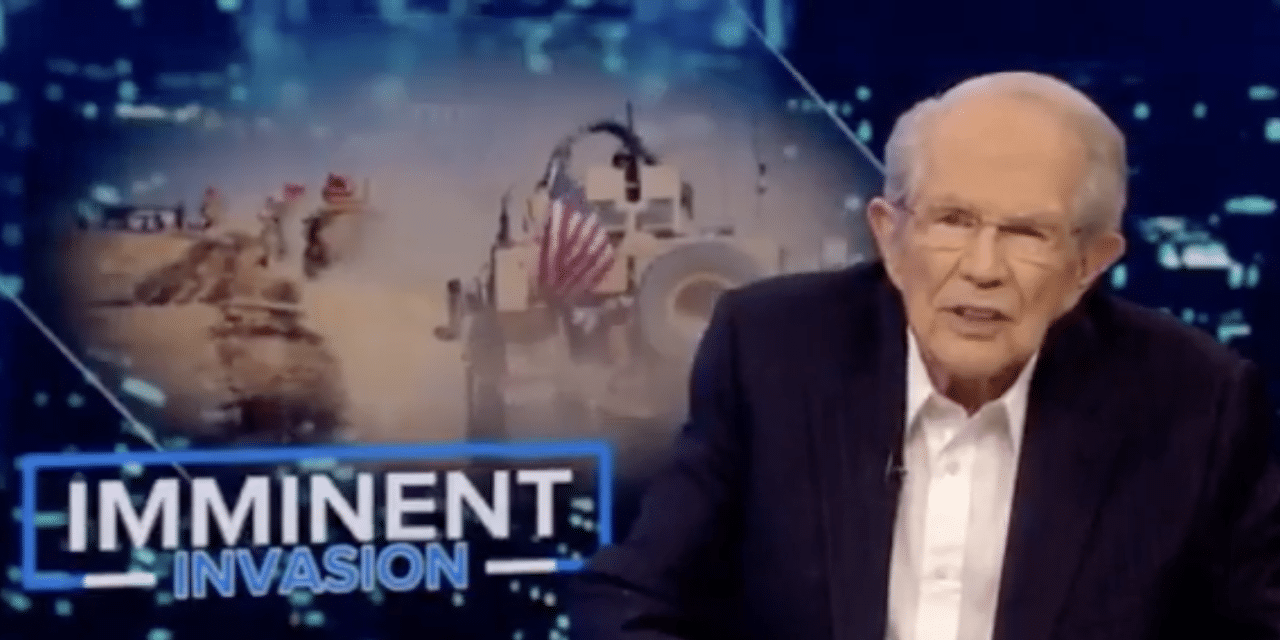 (Mediaite) – Televangelist Pat Robertson has joined the chorus of conservative critics lambasting President Donald Trump’s decision to pull U.S. forces out of Northern Syria — endangering America’s Kurdish allies. Trump was slammed by many of his usual defenders on Monday after the White House announced the U.S. will allow for a Turkish military operation in the war-torn region. Trump argued in a statement that

Turkey will assume responsibility for all ISIS fighters captured in the region, many of whom were detained by Kurdish forces allied with America. The Turkish government views these Kurdish militias as terrorists — despite the U.S. supporting them in the fight against ISIS. Trump shot back at his critics on Twitter by defending his position while promising that “if Turkey does anything that I, in my great and unmatched wisdom, consider to be off limits, I will totally destroy and obliterate the Economy of Turkey.” Robertson said he was “absolutely appalled” by the announcement, warning that Turkish President Recep Tayyip Erdoğan is a “thug” and a “dictator.” READ MORE