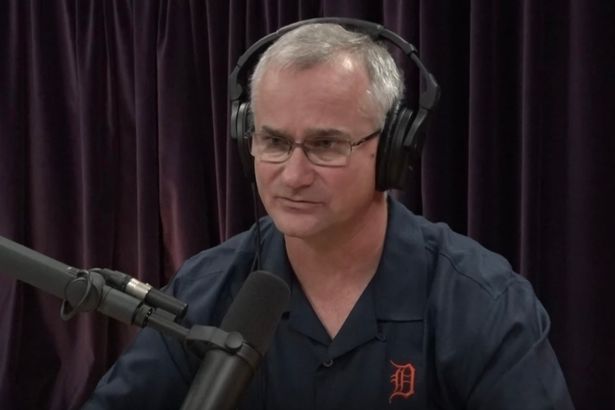 (DS) – A high-ranking US Navy pilot has claimed a chilling “dark mass” was seen coming up from the depths of the ocean moments before a torpedo disappeared – 10 years before a world-famous incident. Retired US Navy pilot commander David Fravor first shot to public attention in 2017 after describing how his squadron witnessed a 737-sized object just under the surface of the water during training exercises in the Pacific Ocean, 160km off the coast of San Diego.

The incident – which happened in 2004 – became known as the USS Nimitz encounter after pilots then saw a tic-tac UFO in the skies near the mass. In an explosive new account, the pilot has shared another UFO mystery that has “come out of the woodwork” since his story first emerged. Talking to Joe Rogan, Cmdr Fravor said another pilot once had a similar encounter in the late 1990s off the coast of Puerto Rico. READ MORE