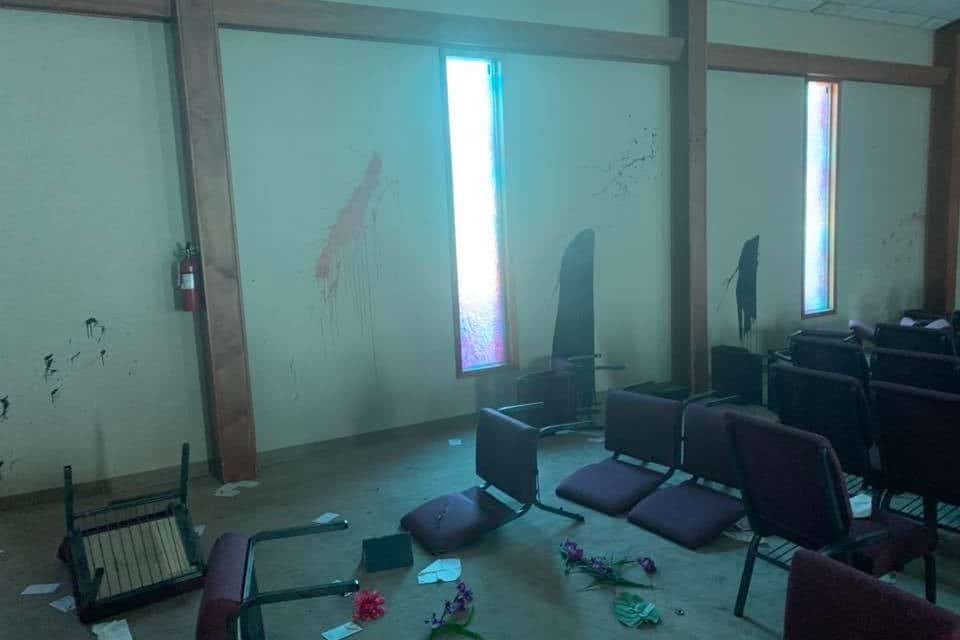 (FW) – A Tennessee pastor is being praised for his response to vandals wreaking havoc on his church last month. Pastor Davante Hill opened the doors of One Church in Memphis on the morning of Sept. 29 to find thousands of dollars’ worth of damage had been done, according to WMC-TV. Musical instruments were broken, paint had been thrown at the walls, pews were destroyed, and 90 percent of the chairs had been

damaged. The vandals also stole money and several speakers. “Somebody was really angry,” Pastor Hill told WMC. “When I walked in… what broke me, was not the condition of the sanctuary,” he explained. “What broke me was the condition of someone’s heart to be willing to do such a thing.” Despite the alarming extent of the damage — nearly $20,000, according to the Memphis Police Department — it’s Pastor Hill’s response to the deeply upsetting discovery that has gained the most attention. READ MORE