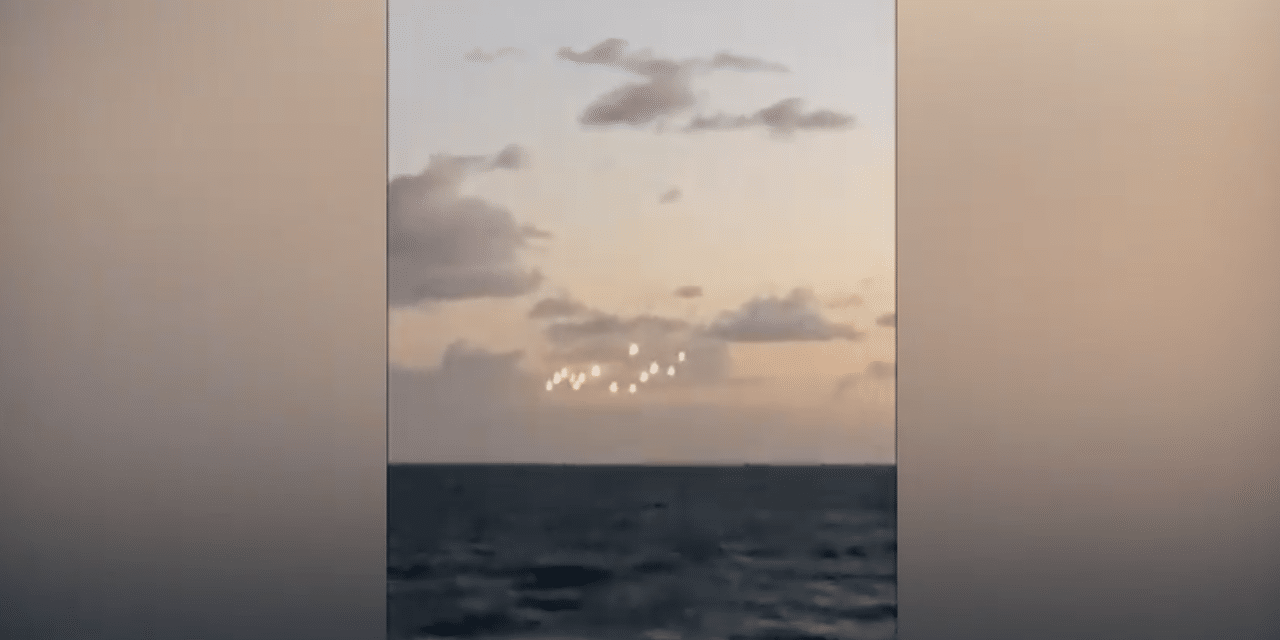 (DS) – A “fleet” of bizarre objects has been captured hovering off the coast of North Carolina. William Guy was traveling on a ferry across the Pimlico Sound lagoon when he spotted 14 bizarre objects in the sky. He immediately started recording and the footage has left the conspiracy world in shock.

The video begins with the sight of the sky, seemingly showing the sun setting. William pans the camera across the horizon showing nothing in sight. “Look, nothing in the sky, at all,” he said. As he cuts across the sky the lit up cluster is seen floating aimlessly. “Can anybody tell me what that is?” William asks. READ MORE