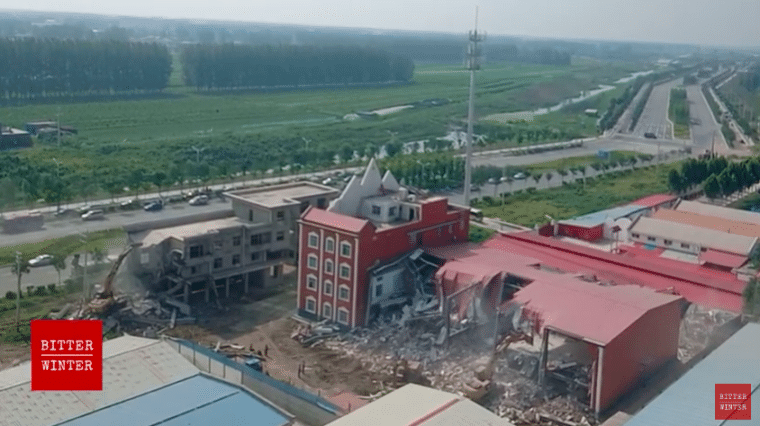 (CP) – Communist officials demolished a church in China’s Henan province for engaging in “illegal fundraising” after forcibly removing congregants, injuring two elderly people in the process. According to Chinese persecution watchdog Bitter Winter, True Jesus Church was razed to the ground completely. A new lawn with saplings was planted in place of the church, bearing no trace of its existence. The persecution began on June 22 when about 60 officials with the Religious Affairs Bureau stormed True Jesus Church,

located in Caidu town of Shangcai county, under the jurisdiction of Zhumadian city in the central province of Henan. Authorities reportedly cut off the church’s electrical supply before climbing over the courtyard wall to break the gate lock and entering the building where about 200 believers were meeting. Alleging the church was engaged in “illegal fundraising” and was, thus, an “illegal building,” the director of the Religious Affairs Bureau, who was in charge of the raid, ordered the person in charge to vacate the church. READ MORE