Category 5, Super Typhoon Hagibis’ Rapid Intensification One of Most Explosive On Record 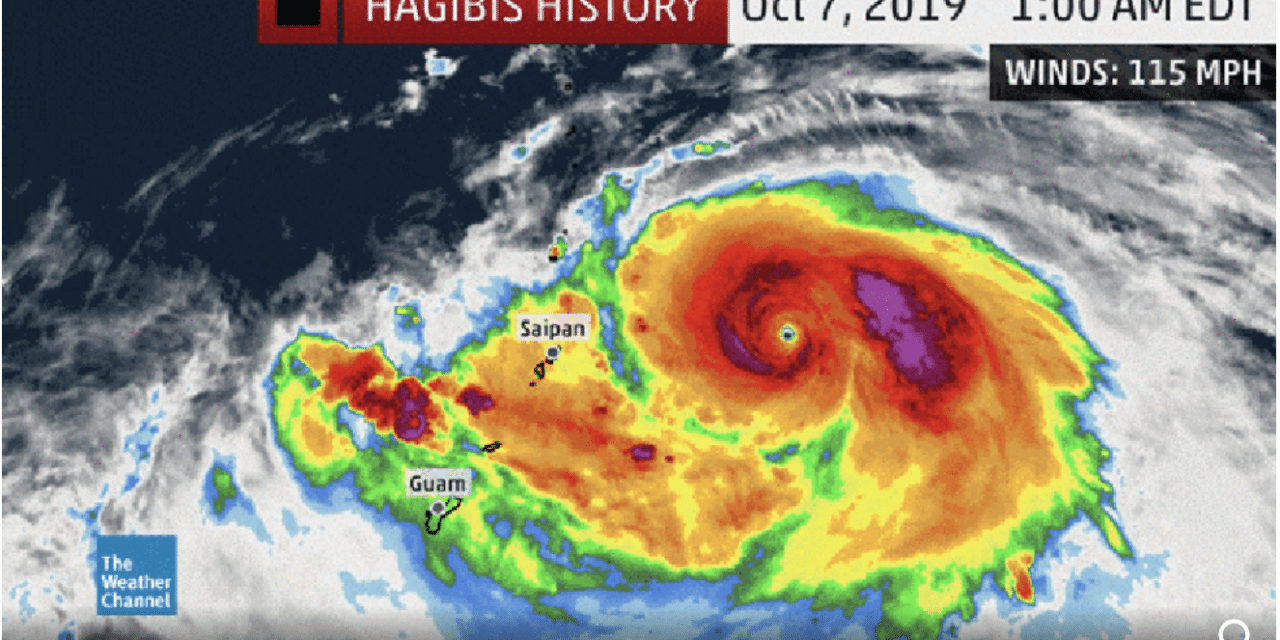 (TWC) – Super Typhoon Hagibis strengthening from a tropical storm to a Category 5 super typhoon in just a day is among the most explosive rapid intensifications of any tropical cyclone on record anywhere on Earth. This latest western Pacific storm first became a tropical depression and then tropical storm Saturday. After that, Hagibis went to town.

It exploded from a tropical storm with estimated winds of 60 mph Sunday morning (U.S. Eastern time) to a Category 5 super typhoon with winds estimated at 160 mph in just 24 hours as its center neared the northern Mariana island of Anatahan, about 200 miles north-northeast of Guam, according to the U.S. Joint Typhoon Warning Center.