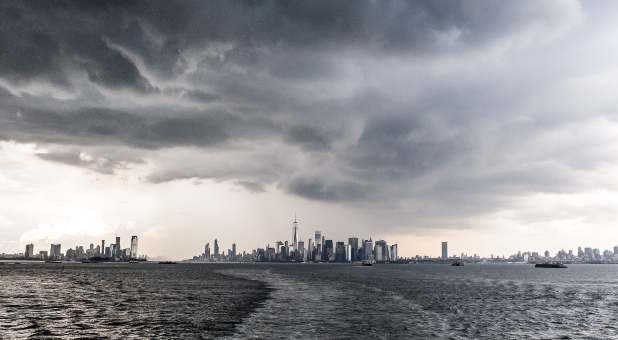 OPINION (Charisma) – In a day where false alarms, exaggerated warnings and intentional scare tactics are used by a deceptive culture, it’s sometimes difficult to separate true warnings from deceptive false alarms. So, asks the American Pastors Network (APN), how can Christians differentiate between the two? Sam Rohrer, president of APN, the largest national network dedicated to equipping pastors to be a voice for truth in the public square, and host of APN’s “Stand in the Gap” radio and television programming, says Old Testament woes and warnings directed toward Israel have timely significance for America today.

“In the Bible,” Rohrer says, “the word ‘woe’ or ‘warning’ is used nearly 100 times—98 to be exact. The Old Testament prophets used it. Christ used it many times Himself. The word occurs in the book of Revelation in final judgment. In nearly every case where a woe is given, the warning of judgment is certain, and God’s punishment imminent.” As an example, Rohrer said, Noah warned the people for 100 years of a coming flood.

The people heard, considered, rejected—then died, illustrating that God gives His people warnings that they might live. Then in Isaiah 5, God’s prophet pronounced six specific warnings of imminent judgment against identified national sins. “These woes were sobering, the sins specific and God’s judgment certain,” Rohrer said. “The message was to Israel, but the application is for America. When God warns, it’s real, and we’d better sit up and take notice.”

Woe No. 1: The sin of materialism. After God blessed the nation with security, wealth, houses and productive land, the people turned their back on Him. The result? God withheld His blessings, removed His protection, allowed rebellion within and threats of attack from without. Rohrer asks: Does this sound anything like America today?

Woe No. 2: The sin of hedonism. Consumed with an intoxicating addiction to alcohol, drugs, entertainment and partying, the nation willfully rejected God and the consequences of evil choices, as depicted in Isaiah 5:11. CONTINUE