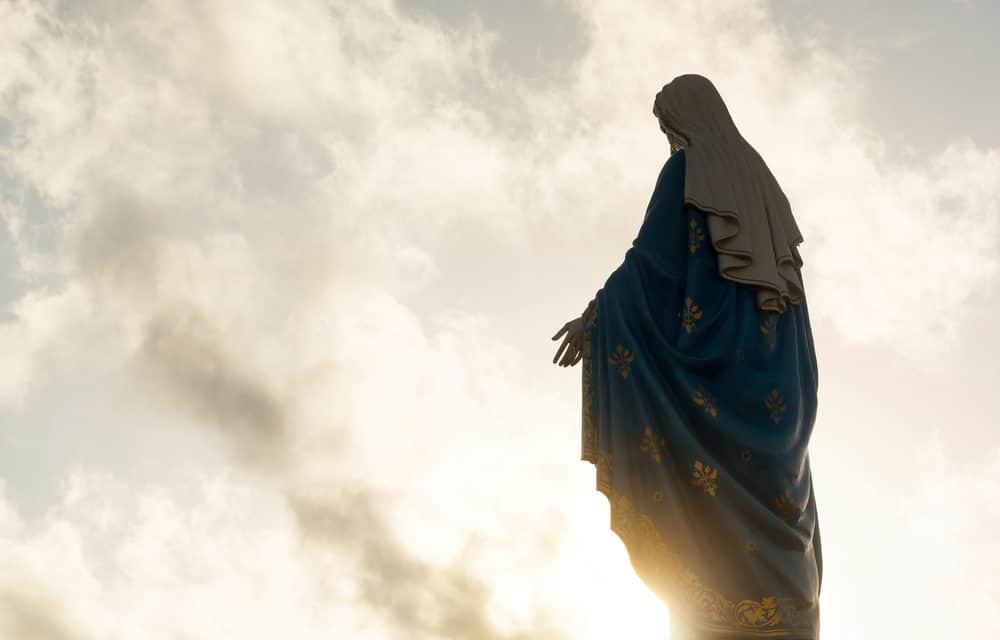 (ABC 13) – Some worshipers see a sign from God after a caretaker at Holy Trinity Greek Orthodox Church in Chicago saw what looked like tears pouring from the Virgin Mary’s eyes. The caretaker noticed the shocking sight early Sunday morning, as she prepared for what could be one of the church’s final services. The church faces foreclosure and is due to go to bankruptcy court Tuesday morning. The community was in shock at the weeping icon.

“There’s something she’s trying to tell us, so we’re just going to seal our lips and listen to what she has to say,” said Father Nick Jonas. Monday the residue of the oil-like substance streaming from the Virgin Mary’s eyes remained, with many believing the oil has healing properties and that its origins are a blessing from God. “I can’t explain why she is tearing, but I do know as human beings we are usually crying for two reasons: either joy or sorrow,” Fr. Jonas said. READ MORE