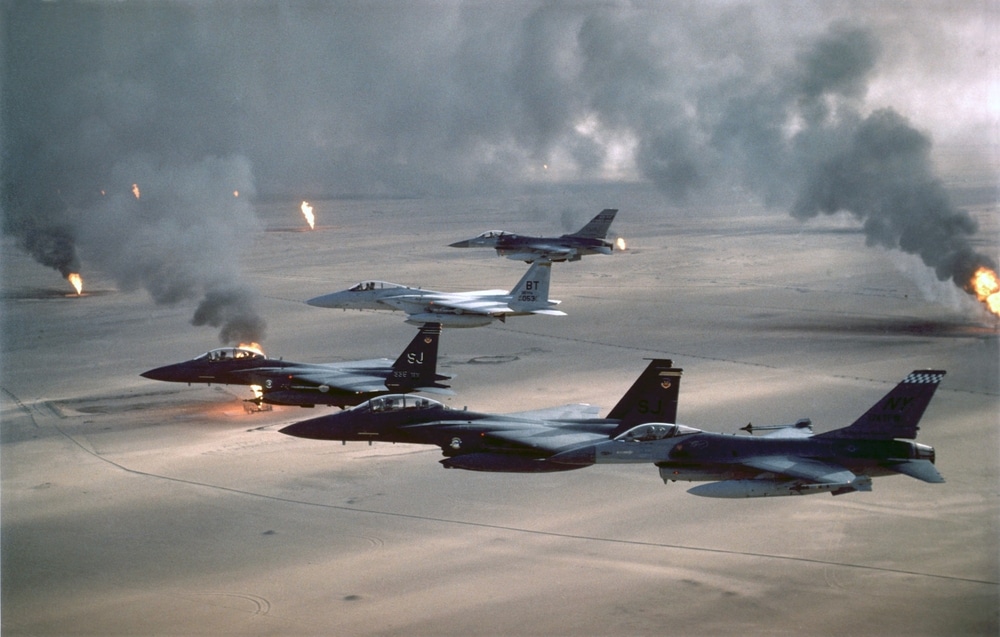 (Sky News) – Iran has dismissed US accusations it was behind drone attacks on Saudi Arabia’s oil plants, and warned it is ready for a “full-fledged” war. Iranian foreign ministry spokesman Abbas Mousavi said Washington had adopted a “maximum pressure” strategy against Iran, but because of “its failure [the US] is leaning toward maximum lies”. His remarks came as a senior commander in Iran’s Revolutionary Guards said America’s military bases and aircraft carriers, which are stationed up to 1,243 miles around Iran, were within range of Iranian missiles.

Amirali Hajizadeh was also quoted by the Tasnim news agency as saying that Iran has always been ready for a “full-fledged” war, without mentioning Saturday’s explosions in Saudi Arabia. Saturday’s drone attacks – which Yemen’s Iranian-backed Houthi rebels claim they carried out – have halted around half of Saudi oil supplies after hitting the kingdom’s biggest processing facility and a major oil field. They set off huge fires, leading to a suspension of production operations at the Abqaiq facility and the Khurais field, about 200 miles northeast of the Saudi capital Riyadh. READ MORE