Temperatures In The Pacific Ocean Have Shot Up To Dangerous Levels, And Scientists Are Blaming A “Strange Anomaly” 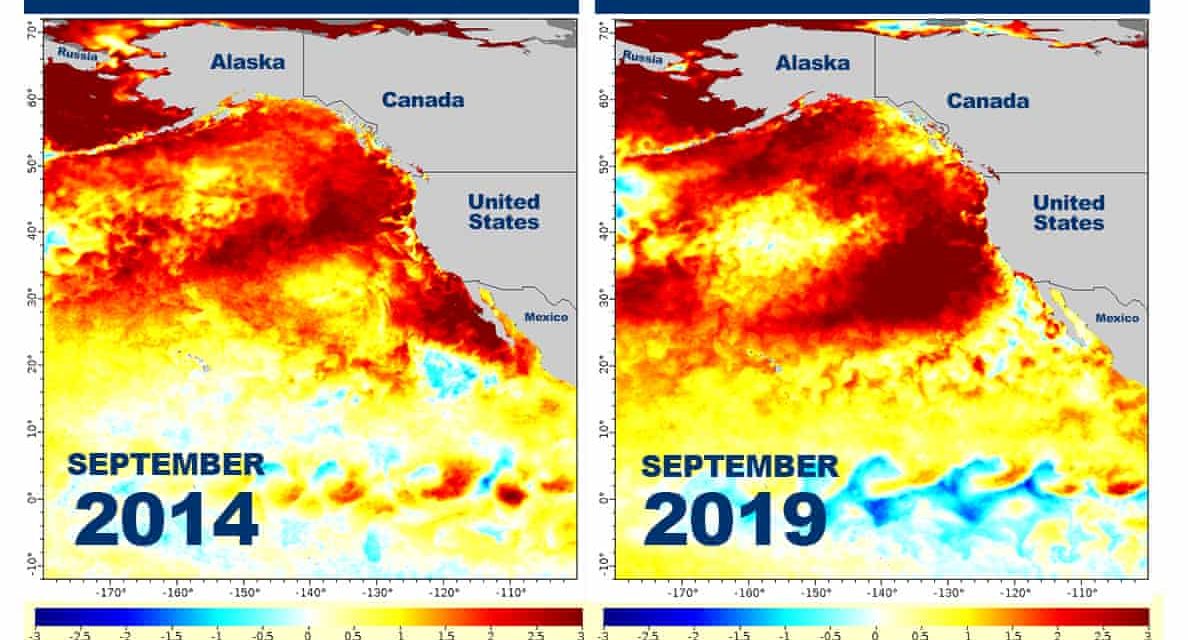 OPINION (MS) – It is being called “the Pacific marine heatwave of 2019”, and officials are warning that it could have very frightening implications if it does not dissipate soon.  Right now, there is a vast expanse of water stretching from northern Alaska all the way to southern California where the water temperatures have rapidly risen to very dangerous levels.  In fact, in some spots the water temperature is already “as much as 6 degrees Fahrenheit above normal”, and there is a tremendous amount of concern about what will happen if the water continues to become even warmer.

At this point, things are already so bad that we are being warned that this strange anomaly could “ravage marine life and decimate commercial fishing” all along the west coast.  The following comes from NPR… A huge new marine heatwave has gripped the waters off the U.S. West Coast, threatening to ravage marine life and decimate commercial fishing over an expanse of the Pacific Ocean. We are being told that this new anomaly is probably similar to another “marine heatwave” known as “the Blob” that made global headlines when it struck the region in 2014. And if that is true, then things will definitely get very uncomfortable for marine life, but conditions will eventually go back to normal. CONTINUE