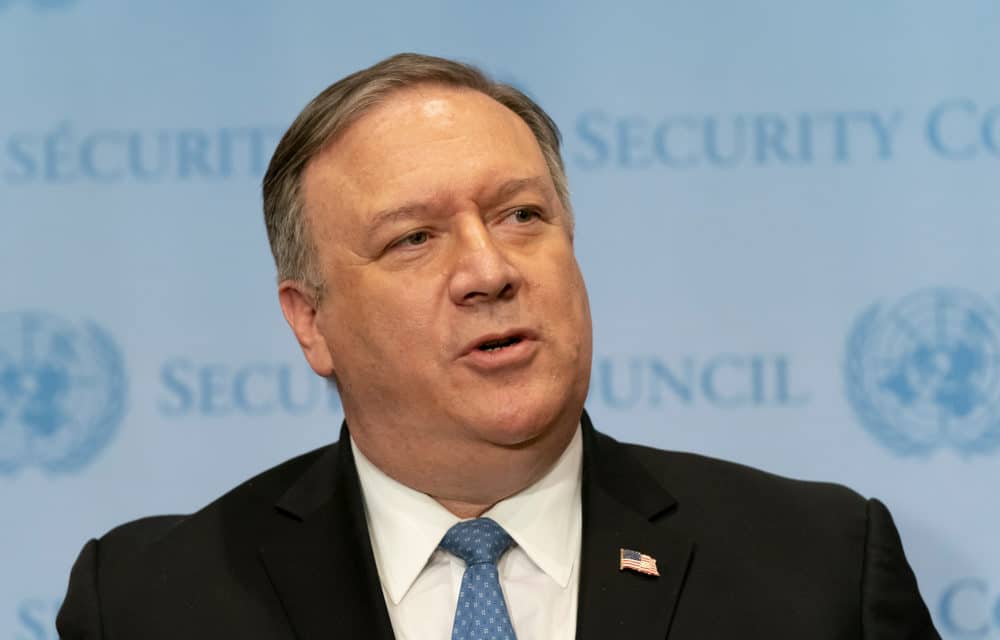 (MSN) – President Donald Trump’s administration pushed back the plan after Israel unexpectedly headed back to new elections to be held September 17 and fresh questions arose Thursday when Jason Greenblatt, Trump’s adviser on the Middle East, resigned. But Pompeo, responding to a question at Kansas State University, dismissed speculation of a substantial new delay. “We’ve been consulting broadly throughout the region for two and a half years now and I think in the coming weeks we’ll announce our vision,” Pompeo said.

“And hopefully the world… will see that as a building block, a basis on which to move forward,” he said.n He called Middle East peace “a difficult problem, one that ultimately those two peoples will have to resolve for themselves, but we’ve worked hard on that.” The Palestinian Authority has cut off formal contact with the Trump administration, saying it is not an honest broker after taking a series of unabashedly pro-Israel decisions such as recognizing Jerusalem as the capital of the Jewish state. READ MORE