Mutant calf born with ‘human face’ in village of Villa Ana in the northern Argentine province of Santa Fe. 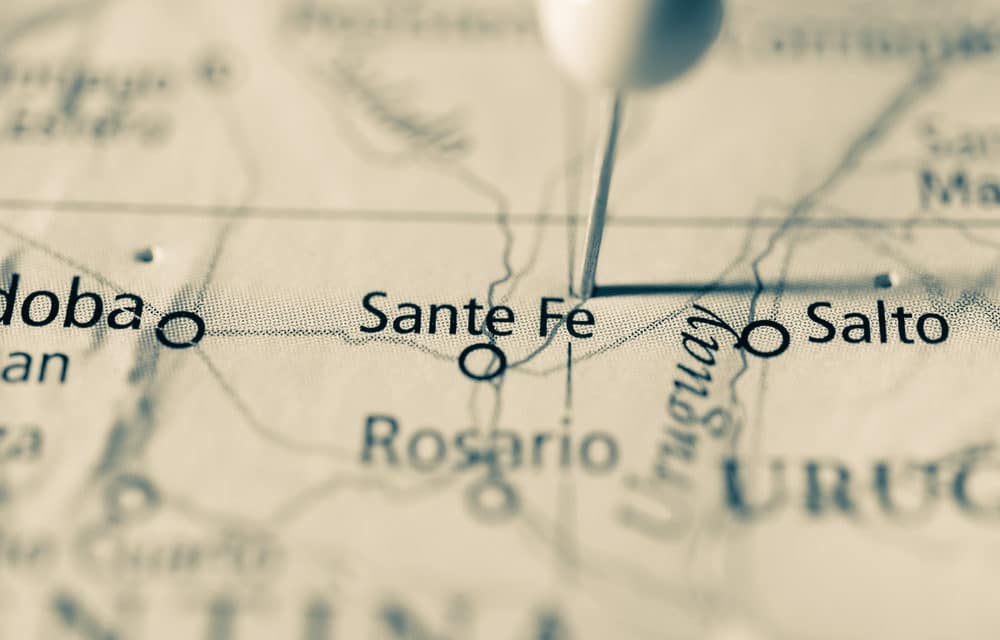 (Daily Star) – A mutant calf born with a “human face” has been captured on camera in a bizarre video. The calf, which was reportedly born with a small nose and mouth and resembled a human face, was born in the village of Villa Ana in the northern Argentine province of Santa Fe. However, the mutant cow is thought to have only lived for a couple of hours. Footage shows the calf lying on the grass while the cameraman held its deformed head up by its ear.

Its unusual face appears to resemble a grumpy human. The animal’s eyes had large red rings around them while its pupils appeared to bulge out of its head. According to a local specialist, the calf was born with a malformed skull which gave it its eerie appearance. The animal appeared unable to hold its own head up. It is unclear if the animal was taken to a specialist to establish more about its malformed condition following its death. Genetics expert Nicolas Magnago told local media that “it could be a rare genetic mutation”. READ MORE