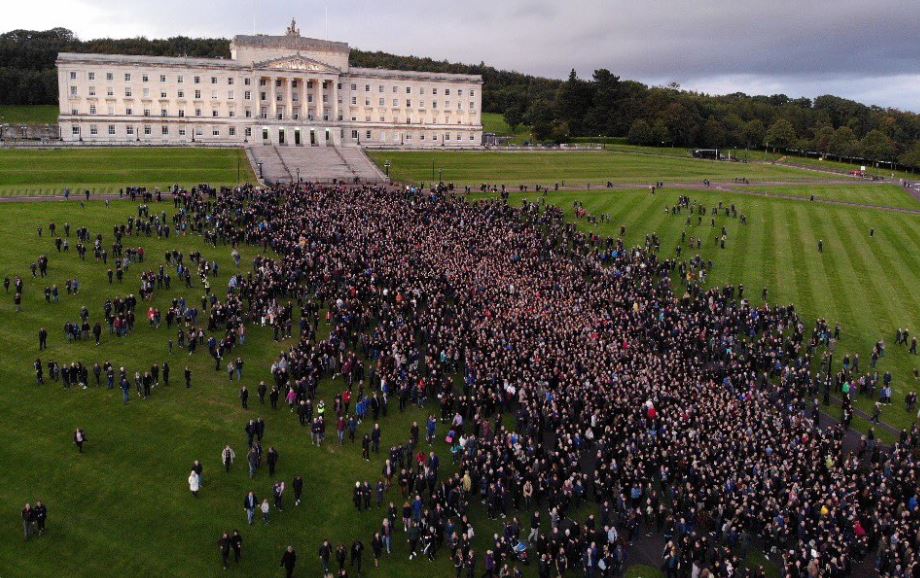 (FaithWire) -Thousands have marched right up to the doorstep of Northern Ireland’s government buildings in protest against a recently proposed change to the nation’s abortion laws. Friday’s “silent protest” was in response to British parliament legislation passed in July which orders Northern Ireland to get in line with the UK’s liberal abortion laws. Currently, under the 1945 Criminal Justice Act (Northern Ireland) abortion is almost completely illegal in NI. Exceptions can be made if abortion is required to save the life of the mother, or if continuing the pregnancy puts her at imminent risk of harm.

In 2016-2017, there were just 13 abortions carried out across Northern Ireland. In comparison, across both England and Wales, there were roughly 200,000. The 1967 Abortion Act widely legalized abortion across all of Great Britain and makes provisions for the termination of unborn babies up to 28 weeks’ gestation. The sentiment in Northern Ireland, however, is very different. A nation rooted in the Christian tradition, images from the “NI Voiceless” march illustrated the fact that vast swathes of Northern Irish society — men and women, young and old — continue to care deeply about the protection of unborn babies. READ MORE