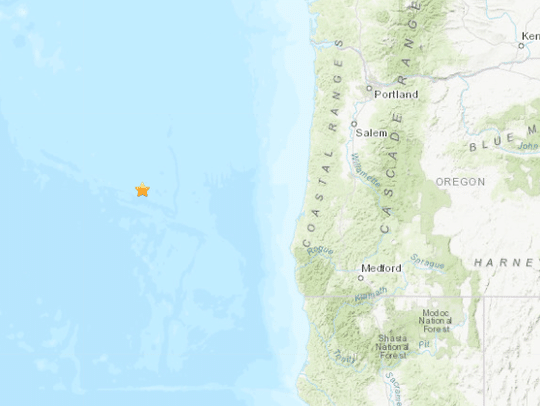 (SJ) – A 5.9-magnitude earthquake was detected Thursday morning off the Oregon Coast. At 8:02 a.m., the National Geological Survey placed the earthquake’s epicenter about 192 miles west of Coos Bay on

Oregon’s south coast. No tsunami is expected on the coastline, according to the National Tsunami Warning Center. The earthquake follows a 6.3-magnitude earthquake a week ago. CONTINUE

The major daily newspaper published in Salem, Oregon, United States. Founded in 1851 as the Oregon Statesman, it later merged with the Capital Journal to form the current newspaper, the second-oldest in Oregon.