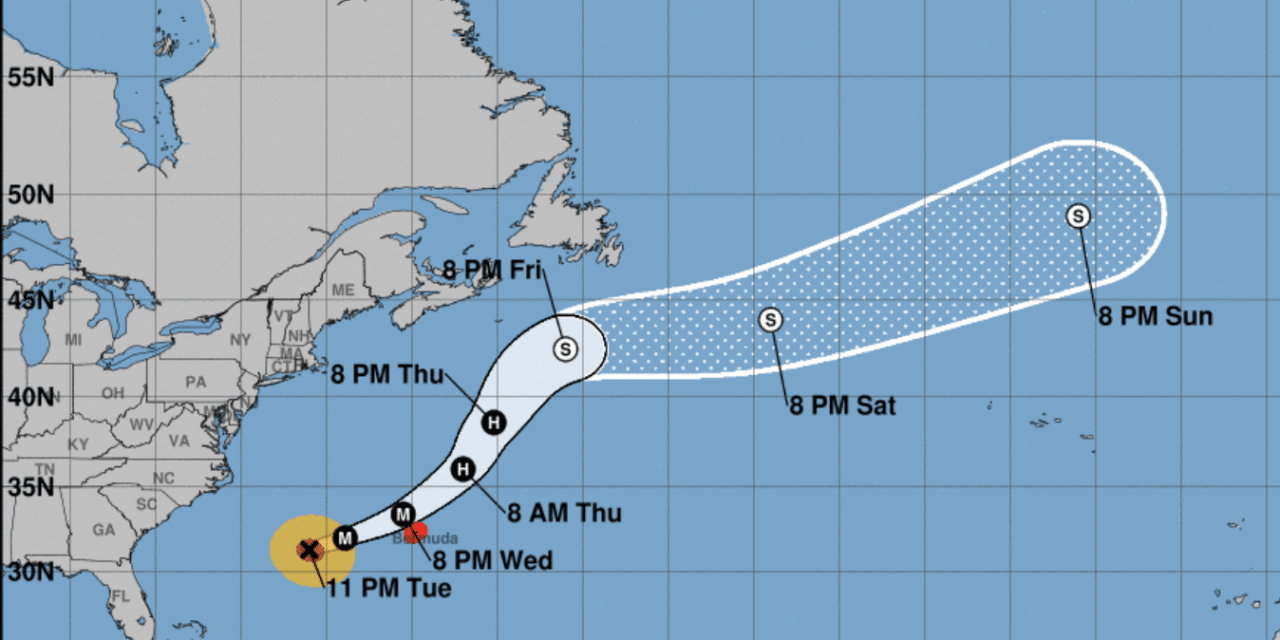 (MSN) – Hurricane Humberto strengthened into a Category 3 storm Tuesday evening, and while Bermuda is just outside the cone of uncertainty, island residents should expect hurricane conditions late Wednesday, the National Hurricane Center said in its 11 p.m. update. The storm is moving east-northeast at about 12 mph with maximum sustained winds of 115 mph and higher gusts, the center said. It’s expected to continue moving northeast through Friday, with the eye expected to past “just to the northwest and north of Bermuda Wednesday night.”

“Some fluctuations in intensity are likely during the next day or so, but Humberto should remain a powerful hurricane through Thursday,” the center added. “A steady weakening trend should begin later on Thursday.” The storm is a large one with hurricane-force winds extending out 60 miles and tropical-storm-force winds extending out 175 miles. A hurricane warning for Bermuda was issued 5 p.m. with hurricane conditions expected to begin Wednesday night into Thursday morning, the NHC said. Storm surge is expected to raise water levels 1 to 3 feet above normal tide, and large swells could flood coastal areas, forecasters added. READ MORE