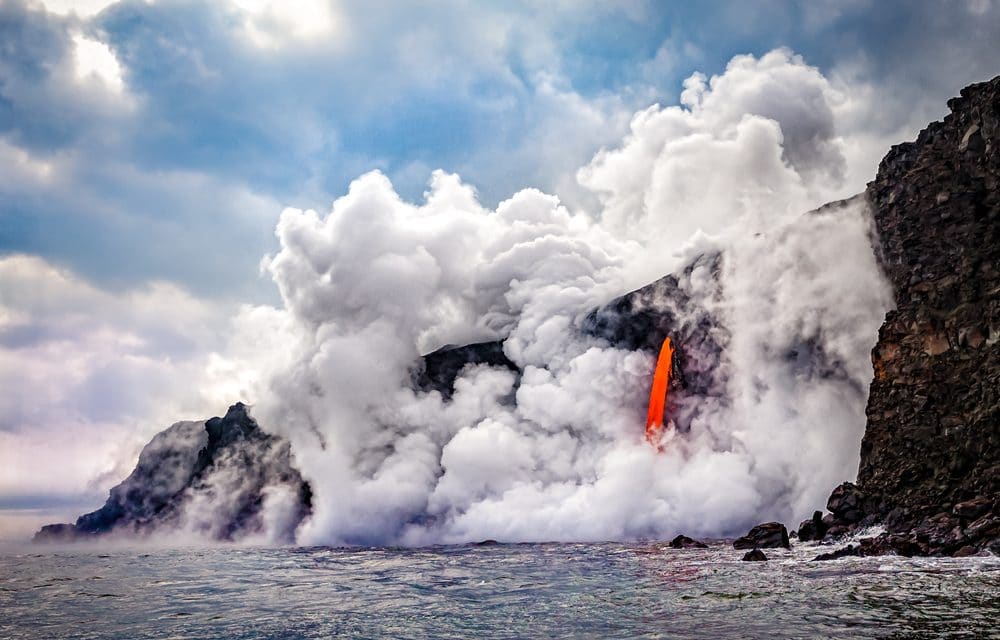 (AP) — For the first time in recorded history, a pond of water has been discovered inside the summit crater of Hawaii’s Kilauea volcano, a development that could signal a shift to a more explosive phase of future eruptions. After a week of questions about a mysterious green patch at the bottom of the volcano’s Halemaumau crater, the former home of a famed lava lake, researchers confirmed the presence of water on Thursday, officials with the U.S. Geological Survey told The Associated Press on Friday. “The question

is what does this mean in the evolution of the volcano?” USGS scientist emeritus Don Swanson said. Halemaumau has never had water since written observations began, he said, so the pond is unusual. Scientists aren’t exactly certain what will happen next, but when lava interacts with water it can cause explosive eruptions. One possibility is that lava could slowly heat up the groundwater and eventually create a new lava lake, Swanson said. Lava could also interact with the water table and create small explosions. READ MORE