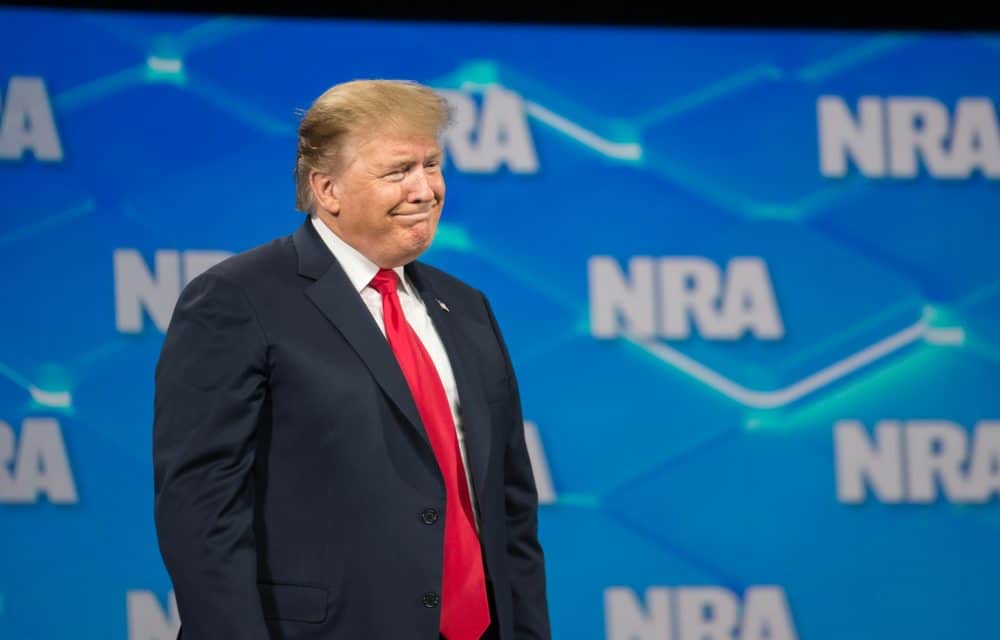 (GT) – President Donald Trump has repeatedly told lawmakers and aides in private conversations that he is open to endorsing extensive background checks in the wake of two mass shootings, prompting a warning from the National Rifle Association and concerns among White House aides, according to lawmakers and administration officials. Trump, speaking to reporters Wednesday before visiting Dayton, Ohio, and El Paso, Texas, where weekend shootings left 31 dead, said there “was great appetite for background checks” amid an outcry over government inaction in the face of repeated mass shootings.

Trump’s previous declarations of support for tougher gun controls, including after the deadly Parkland, Florida, shooting in February 2018, have foundered without a sustained push from the president and support from the NRA or Republican lawmakers. Even Trump’s advisers question how far he will go on any effort.  NRA chief executive Wayne LaPierre spoke with Trump on Tuesday after the president expressed support for a background check bill and told him it would not be popular among Trump’s supporters, according to officials who spoke on the condition of anonymity to freely discuss internal talks. LaPierre also argued against the bill’s merits, the officials said. READ MORE

A daily newspaper based in Greenwich, Connecticut, United States. The paper shares an editor and publisher with The Advocate of nearby Stamford, Connecticut. Both papers are owned and operated by the Hearst Corporation.