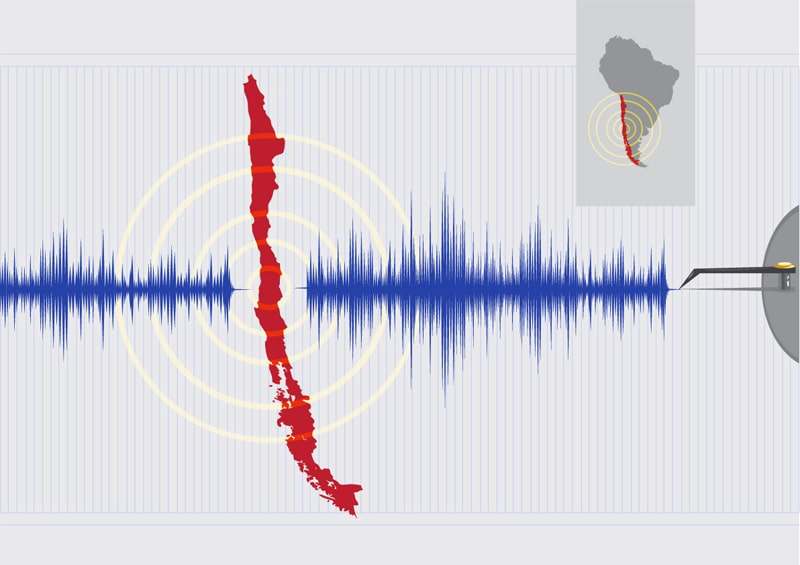 (Express) – A Strong 6.5 magnitude earthquake has struck off the coast of Chile, near the capital of Santiago. The 6.5 Chile earthquake struck around 100 miles from Santiago, located on the west coast of the South American state. The US Tsunami Warning Centre said the earthquake was not likely to generate a tsunami. Chile residents recorded their experiences of the earthquake on the European-Mediterranean Seismological Centre website. One said: “Long and strong. Strong enough to make me move to a secure

area.” Another said: “I was in my car at a red light. The car began to move, and the power cables.” A Santiago resident said: “It was very long, lasted several minutes, and loud.” The US Geological Society warned people in the area were particularly vulnerable to strong earthquakes. They said: “Overall, the population in this region resides in structures that are vulnerable to earthquake shaking, though resistant structures exist. “The predominant vulnerable building types are adobe block with concrete bond beam and unreinforced brick with concrete floor construction.” READ MORE