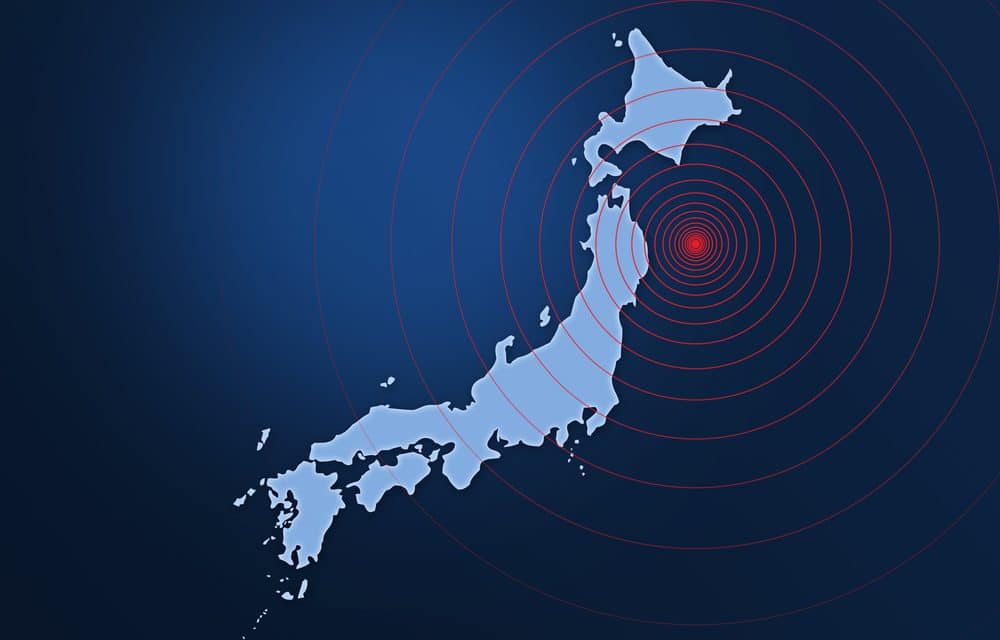 (Express) – Japan has been rocked by a strong 6.2 earthquake in the Fukushima Prefecture, the home to the nuclear power plant devastated in the 2011 earthquake and tsunami. No tsunami warning has been issued, the Japan Meteorological Agency said. The epicenter of the 7.23 pm (1023 GMT) earthquake was off the coast of Fukushima prefecture and measured at a depth of 50 km (30 miles), the agency said. There were no were immediate reports of damage.

Witnesses took to the European-Mediterranean Seismological Centre website to record their experiences. One said: “It started slowly and I heard the house creak and felt dizzy before I realized it was an earthquake. “Then I paid attention to the motion. It rolled for maybe 30 seconds and the room open doors trembled.” Others described “mild shaking” in Tokyo, 250km away from the epicenter. Damage has not yet been reported. According to the US Geological Society (USGS), buildings in the region are well-prepared for earthquakes. READ MORE