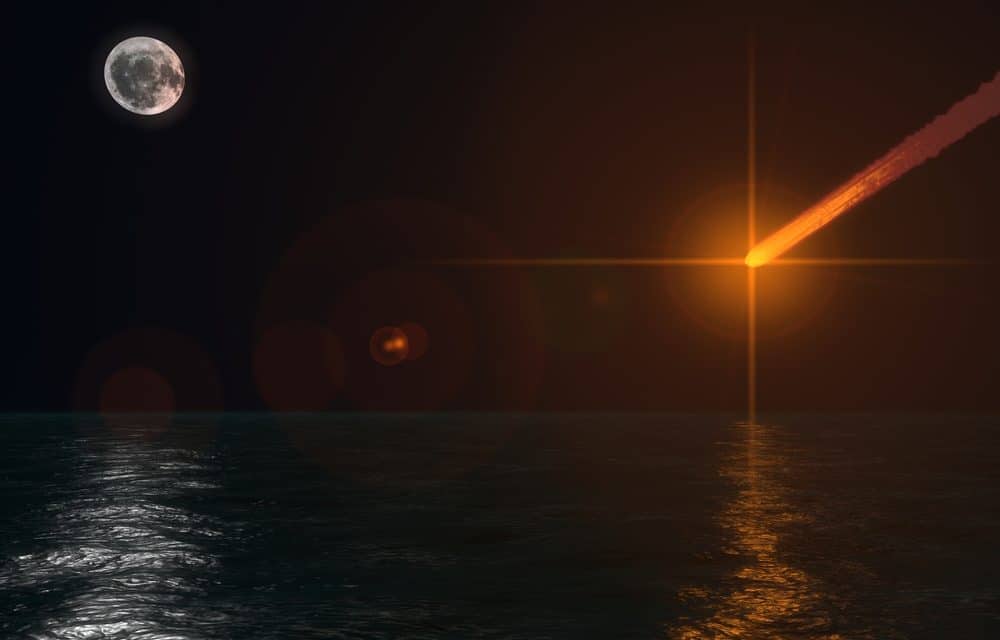 OPINION (Express) – An asteroid plunging into the Pacific Ocean would spark a tsunami that would wipe out “the entire west coast of North America”, a scientist warned. Apophis 99942 is a 370-meter-wide  near-Earth space rock that caused a brief period of concern in December 2004 when initial observation indicated a probability of up to three percent that it could hit Earth on April 13, 2029. However, in 2006 scientists ruled that date out, determining that Apophis would pass through a gravitational keyhole – a tiny region of space where a planet’s gravity is altered.

Researchers calculated it might set up a future impact exactly seven years later – on April 13, 2036. However, the likelihood of a direct impact in 2036 is now all but impossible, with just a 1-in-150,000 chance of a collision in 2068. Neil deGrasse Tyson warned what would happen if the rock did crash into earth. The American astrophysicist and author revealed his research during a public lecture with Ryan Watt in San Francisco in 2008. He said: “In the era of observing the cosmos with technology, this will be the closest biggest thing we will ever see. READ MORE