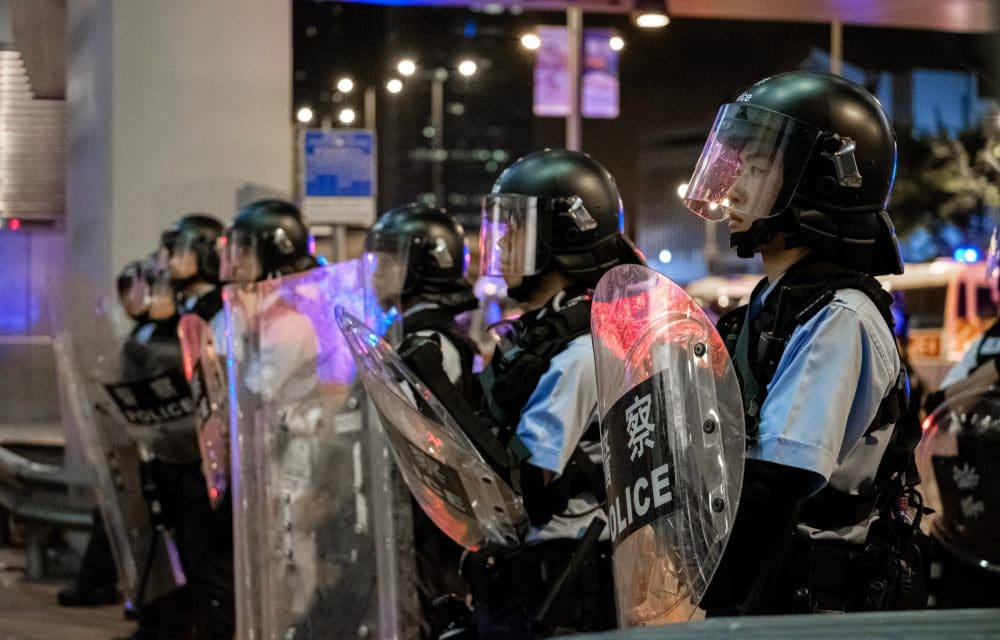 (ABC) – Riot police stormed the Hong Kong International Airport on Tuesday as protests by thousands of anti-government demonstrators forced flights to be canceled for the second straight day. Travelers at one of the world’s busiest airports were advised that check-in had been suspended and hundreds of flights were cancelled and that they should leave the terminals as quickly as possible and contact airlines for more information. The clashes appeared to represent an escalation 10 weeks after the protest’s massive,

peaceful beginnings in early June when hundreds of thousands marched in the semi-autonomous city against a now-suspended extradition bill. A Chinese official said Tuesday that protesters “have begun to show signs of terrorism,” and China appeared to be weighing a crackdown on the democratic movement. Bolstered by anger over the crackdown by Hong Kong police, the protests have grown more confrontational in recent weeks and reached new levels last Monday with a city-wide strike that disrupting traffic and hundreds of flights. READ MORE