Nearby ‘Super-Earth’ may be habitable 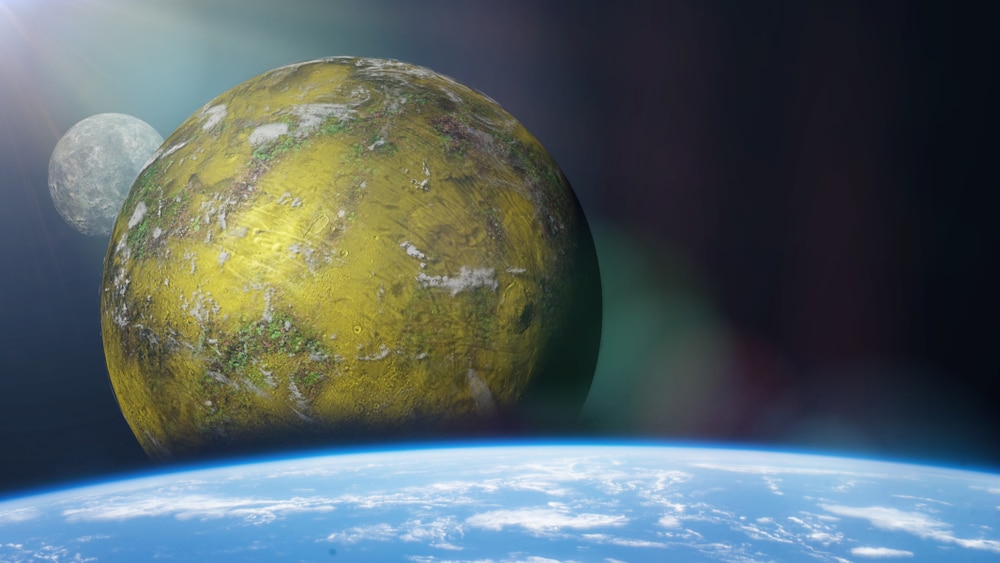 (Fox News) – NASA’s Transiting Exoplanet Survey Satellite (TESS) has made several discoveries in recent days, including a planet with three suns and a sun with three planets. But the latest discovery may be the most surprising of all — an alien planet that is potentially capable of supporting life. A group of astronomers using TESS made the discovery of the GJ 357 star in the Hydra constellation, approximately 31 light-years from Earth, NASA said in a statement. One light-year is the equivalent of 6 trillion miles.

The exoplanet in question, GJ 357 d, is on the outer limits of the star’s “habitable zone,” which means it likely gets the same amount of energy that Mars gets from the Sun, said the study’s co-author, Diana Kossakowski. “If the planet has a dense atmosphere, which will take future studies to determine, it could trap enough heat to warm the planet and allow liquid water on its surface.” “This is exciting, as this is humanity’s first nearby super-Earth that could harbor life — uncovered with help from TESS, our small, mighty mission with a huge reach,” said one of the study’s co-authors, Lisa Kaltenegger, in a separate statement. READ MORE