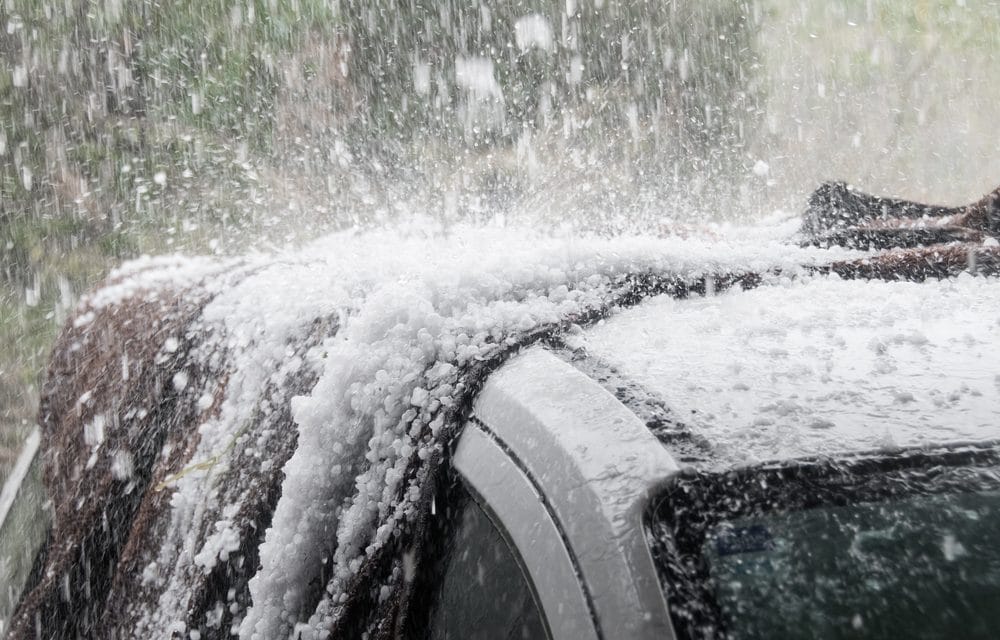 (Accuweather) – Monster hail fell from the sky and hammered areas of the central United States on Tuesday, shattering a state record. Earlier on Tuesday before the storms developed, AccuWeather Extreme Meteorologist Reed Timmer warned that Colorado’s state hail record could be in jeopardy given the intensity of the storms that he saw developing. His prediction came to fruition on Tuesday afternoon when a hailstone with an unofficial measurement of a maximum diameter of 4.83″ fell in Bethune, Colorado, on Tuesday afternoon. The record was confirmed on Wednesday evening by the Colorado Climate Center and the National Weather Service office in Goodland, Kansas.

The previous state record in Colorado was 4.5 inches. As the Colorado Climate Center said on Twitter, photos indicate that the stone could have been even larger than recorded due to the time in between its falling and when it was put in the freezer. The weight of the record-breaking hailstone came in at 8.5 ounces. A dramatic video posted on social media captures one truck driver in an intense hailstorm in Frederick, Colorado, on Tuesday night. The truck driver, Brittney Richardson, expressed concern while in the back of her truck cabin. “I heard kind of a bang and I thought somebody hit the truck,” Richardson said. “The truck started rocking and we have large hail coming down.” READ MORE