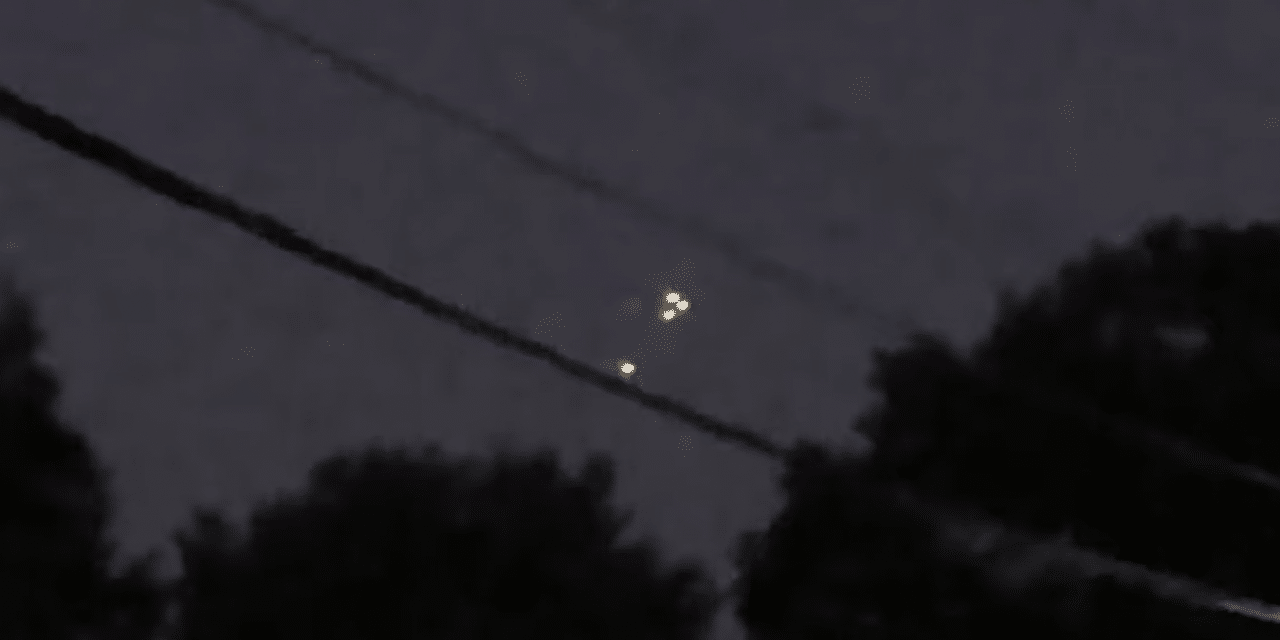 (Daily Star) – Social media has been flooded with reports of UFOs appearing over Cincinnati, as baffling footage appears to show lights vanishing and reappearing. Shocked witnesses Laina and Angie captured the bizarre sighting in the skies above the city in Ohio, US, on August 3. The clip begins with for bright objects moving in a line across the grey clouds. But, one-by-one, they start to vanish from sight. A fifth light then emerges on the left-hand side of the screen.

YouTube conspiracist MrMBB333 who uploaded the clip and said: “They didn’t go behind the clouds, they were in front of the clouds. “Something comes in from the left, they appear to be in a straight row and at a slight angle.” When the conspiracist switches the light formats, he claims the footage shows the planes turning “invisible”. “It was still daylight, so if they were some sort of physical craft, which I’m sure they probably were, how come you couldn’t see them?” he asks. READ MORE