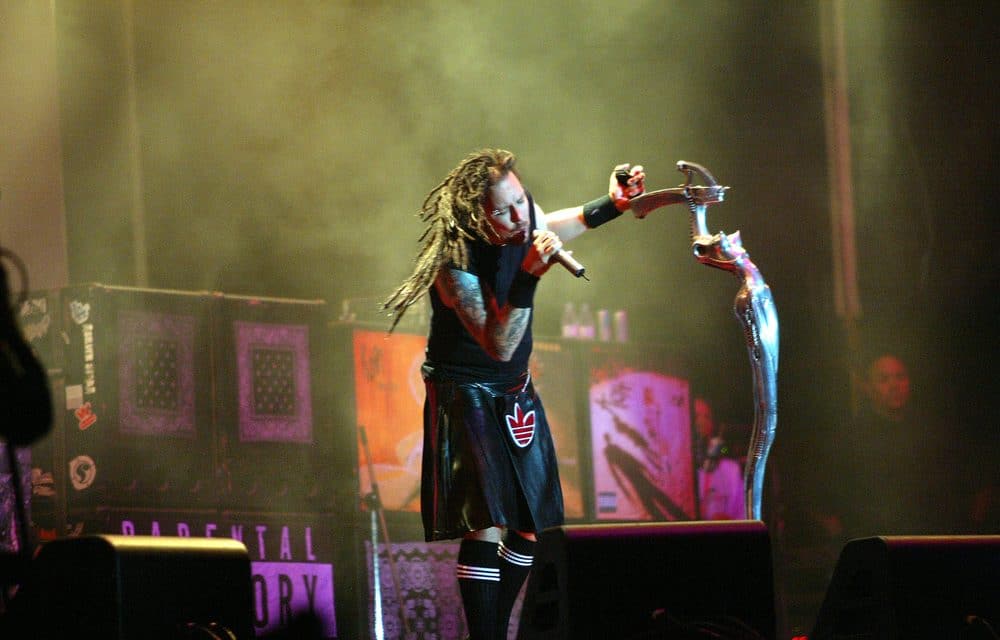 (CP) – Korn frontman Jonathan Davis says he likes what Christianity has done for his bandmate, Brian ‘Head’ Welch, but he won’t be following him down the path of salvation. In an interview with WAAF Boston released on Tuesday, Davis was asked about comments he made in Welch’s documentary, “Loud Krazy Love,” that tells the story of his redemption in Christ after living a wild and dangerous life of sex, drugs, and rock ‘n’ roll. In the film, the frontman is honest about his skepticism of religion. While he’s happy that Christianity helped Welch overcome his drug addiction, he criticized the tactics he’s seen some Christians use to share their faith with others.

“I don’t buy into that ********, and they all ******* know it,” Davis bluntly told WAAF of where he stands on religion. “Don’t even try to do that to me, ’cause I’ll shut your *** down in two seconds.” In the documentary, Davis is honest about his reservations, and his voice serves as a balance to the heavily Christian perspective. “If you look at it, it’s pretty ******* funny how they believe and how they act,” he said, referring to believers. “It’s ridiculous. I think [Head] agrees with a lot of what I was saying. It wasn’t to be mean; it’s just real and it’s true.” “I respect anyone’s beliefs, but when it’s radical, like some of those people, I don’t like that. And the whole way everything happened, I was just being real, and everybody liked that,” he added. READ MORE