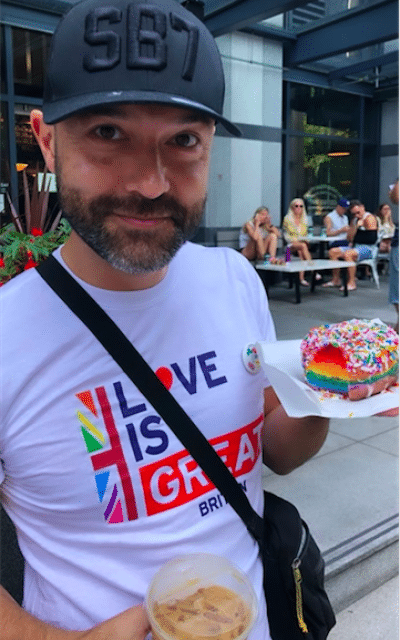 (CP) – Former pastor and evangelical author Joshua Harris demonstrated his support for the LGBT community by marching in Vancouver’s annual Pride Parade less than a month after announcing he no longer considers himself a Christian. On August 4, Harris, former pastor of Covenant Life Church in Gaithersburg, Maryland, shared several Instagram photos of himself participating in the British Columbia parade, engaging in Pride festivities, and “swapping stories” with LGBT activists. “An American in Canada marching with the British Consulate in the Pride Parade,” he captioned one photo.

Harris also shared a photo of himself alongside LGBT advocates, including Matthias Roberts, host of Queerology: A Podcast on Belief and Being, and gay rock singer Trey Pearson. “Enjoyed swapping stories, gentleman!” he captioned the photo. Harris’ participation in Vancouver’s Pride Parade comes after he announced that he and his wife Shannon are separating, he no longer considers himself a Christian, and he regrets having taught that marriage is a union only between a man and a woman. READ MORE