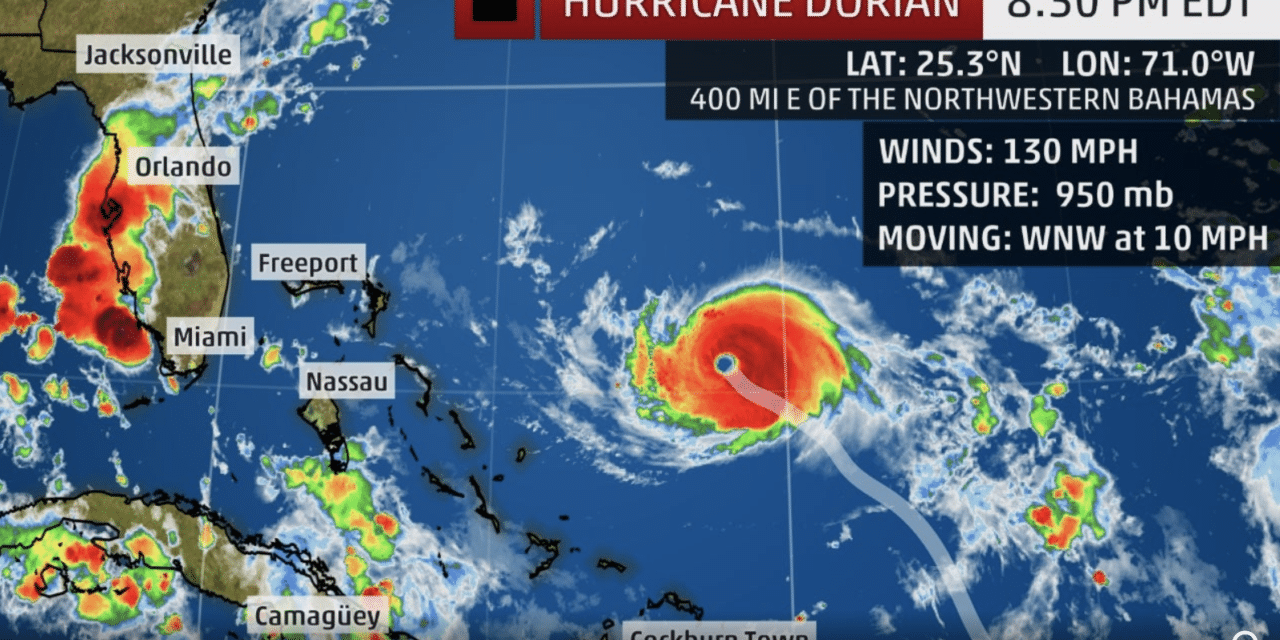 (TWC) – Dorian has strengthened into a Category 4 major hurricane, posing a prolonged danger that may last days in Florida and the southeastern United States beginning Labor Day weekend. The Hurricane Hunters are flying through Dorian, and have found maximum sustained winds have climbed to 130 mph, making Dorian a Category 4 hurricane. Pressure has also dropped down to 950 mb, which is a 20 mb drop from the 5 pm advisory. The drop in pressure may be the beginning of a rapid intensification phase. Dorian’s center is about 400 miles east of the northwestern Bahamas.

The hurricane is moving toward the west-northwest at about 10 mph. This is a slight turn to the left compared to earlier in the day. A hurricane warning is in effect for much of the northwestern Bahamas, with the exception of Andros Island, which is in a hurricane watch. A warning is typically issued 36 hours before the anticipated first occurrence of tropical-storm-force winds (39-plus mph), conditions that make outside preparations difficult or dangerous. CONTINUE