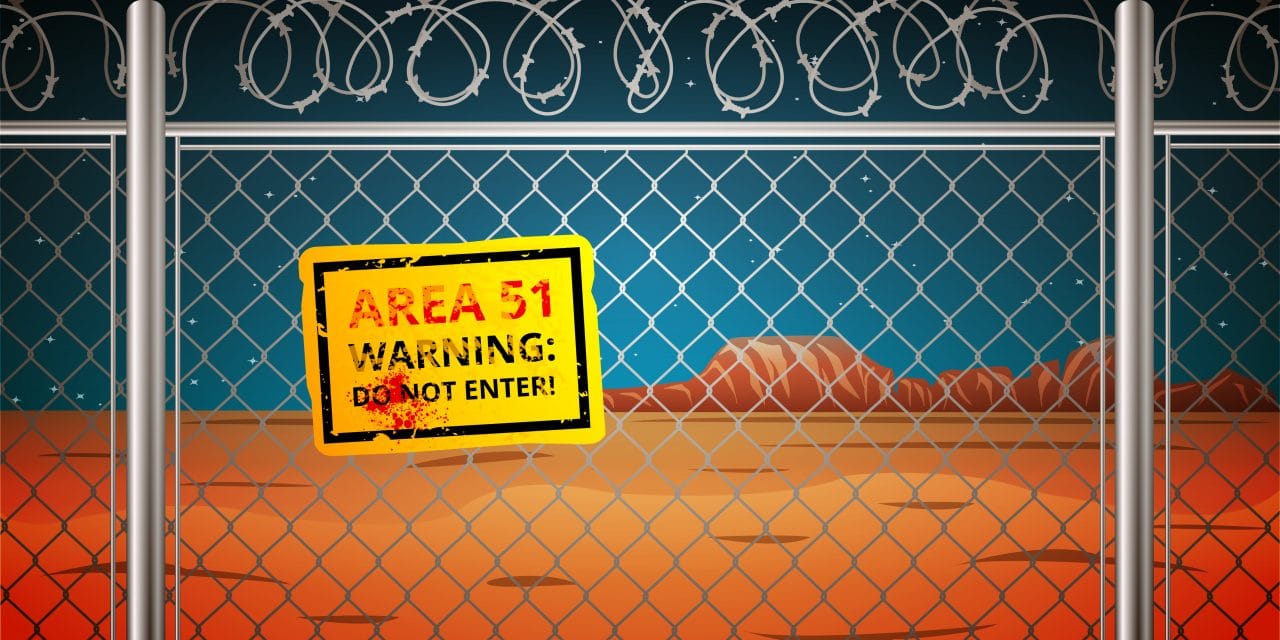 (WP) – The call to raid an Air Force base for aliens was a joke, drawing on decades of conspiracy theories. Then 2 million people signed on to the Facebook event. Authorities warned against any attempt to enter the base. And now, unless plans go awry, hordes of strangers will, indeed, gather in the Nevada desert next month near a secretive government facility called Area 51. The man who created the Internet sensation, Storm Area 51 — They Can’t Stop All of Us, is planning a real-life festival called Alien Stock near the

remote base within the Nevada Test and Training Range, a couple hours’ drive northwest of Las Vegas. The three-day festival set to start Sept. 20, a celebration of aliens that promises surprise performances, art installations and camping, is expected to pack a tiny town already overrun by media attention and a spike in extraterrestrial enthusiasm. With just over a month left to plan and some residents reportedly less than thrilled about the attention, the organizers are focused on the logistics of bringing thousands to a town of 54 people, as counted in the last Census. They’re fending off suggestions they could be planning the next Fyre Festival, the 2017 event that fell apart spectacularly and led to fraud charges. READ MORE