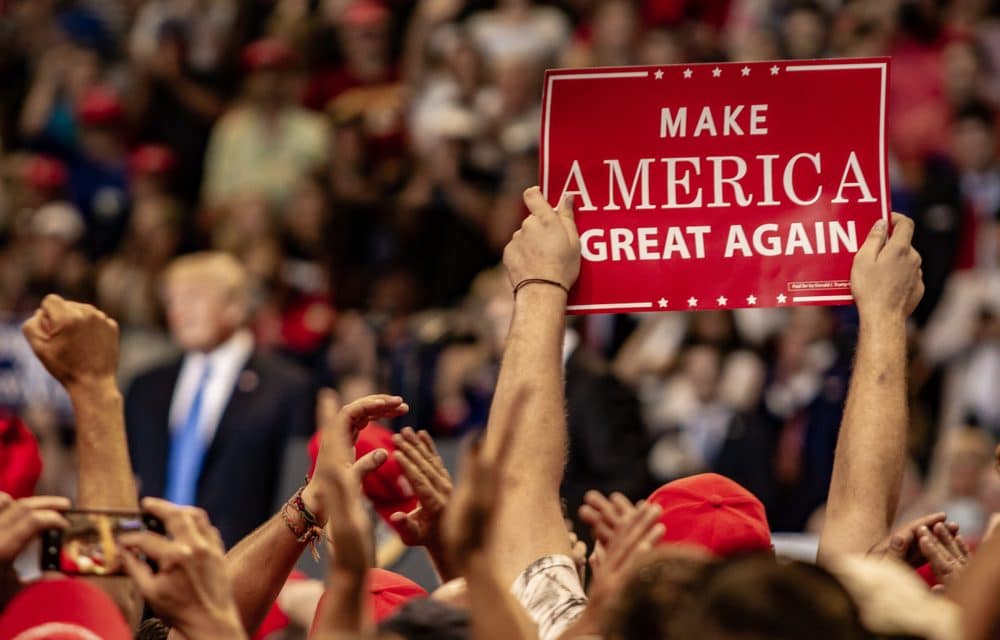 OPINION (Politico) – Paul Hardesty didn’t pay much attention to President Donald Trump’s campaign rally in Greenville, N.C., last month until a third concerned constituent rang his cellphone. The residents of Hardesty’s district — he’s a Trump-supporting West Virginia state senator — were calling to complain that Trump was “using the Lord’s name in vain,” Hardesty recounted. “The third phone call is when I actually went and watched his speech because each of them sounded distraught,” Hardesty, who describes himself as a conservative Democrat, said. Here’s what he would have seen: Trump crowing, “They’ll be hit so god***n

hard,” while bragging about bombing Islamic State militants. And Trump recounting his warning to a wealthy businessman: “If you don’t support me, you’re going to be so god***n poor.” To most of America, the comments went unnoticed. Instead, the nation was gripped by the moment a “send her back” chant broke out as Trump went after Somali-born Democratic Rep. Ilhan Omar, an American citizen. But some Trump supporters were more fixated on his casual use of the word “god***n” — an off-limits term for many Christians — not to mention the numerous other profanities laced throughout the rest of his speech. READ MORE