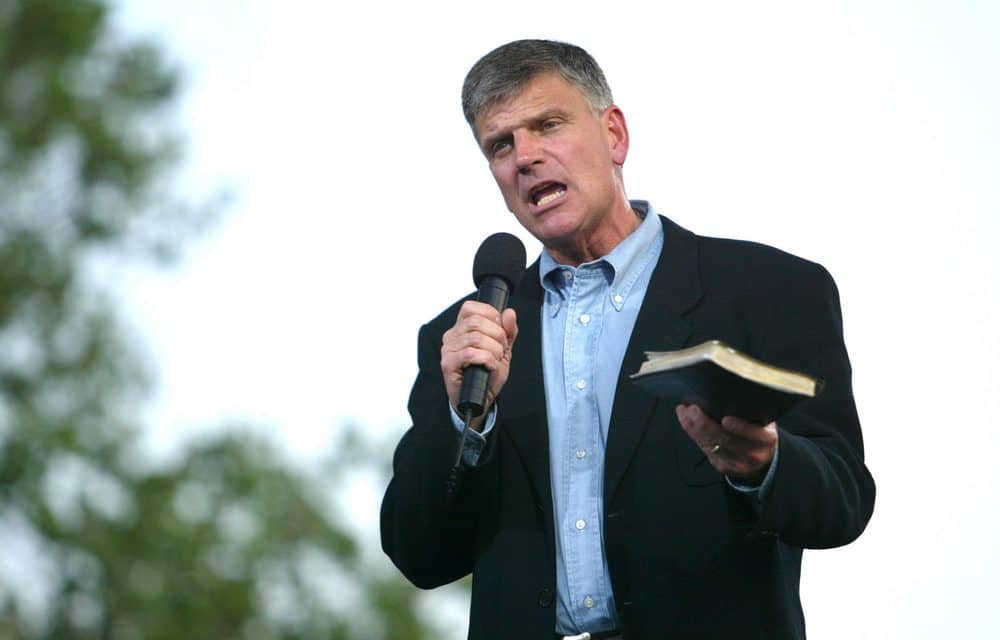 OPINION (Todd Starnes) – A mayor in New Jersey has caused a national uproar after he spoke out against a state law that would require students to learn about LGBTQ history. Alfonso Cirulli, the mayor of Barnegat Township, called the mandate “an affront to Almighty God.” One of the mayor’s most prominent defenders is Franklin Graham, the president of the Billy Graham Evangelistic Association and Samaritan’s Purse. Graham was a guest on The Todd Starnes Radio Show.

TODD: You defended the mayor and I was wondering why you did that.

GRAHAM: Well, first of all, the mayor is absolutely right. He said this is an affront to God and he was very clear to say that he wasn’t speaking for the committee. These were his personal feelings but he’s correct. This is an affront to God. And I don’t believe that these schools have the right to teach our children something that is an affront to God. And so the mayor is absolutely right. I back him 100 percent. You know God made us and created us. He made us male and female so that we could carry on the population – that we have children and that we would increase. And homosexuality goes against God’s plan for the human race. And so the mayor is correct. I’m not against gay people. I’m not fighting them or anything like that. So if you’re gay and you’re listening I want you to know that I do care about you and I love you. But at the same time, I love you enough to tell you the truth that homosexuality is a sin against God. I’m not your judge. God is but you will have to stand before him one day and give an account for how you have lived your life. All of us do. READ MORE