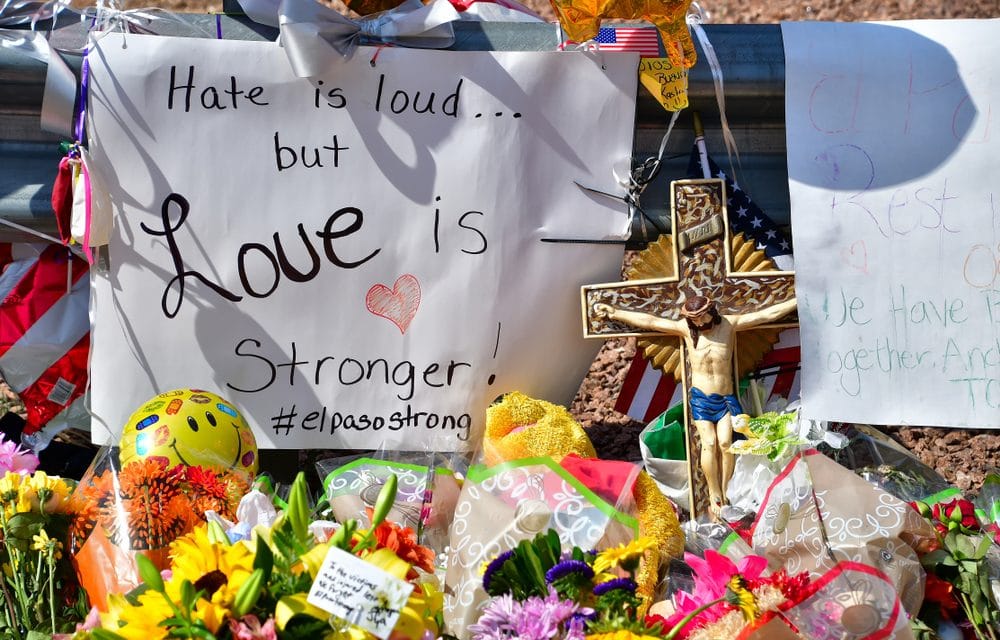 (Charisma) – The suspect arrested in last week’s mass shooting in El Paso, Texas, confessed to police and said he was targeting “Mexicans,” according to reports. “I’m the shooter,” 21-year-old Patrick Crusius allegedly told the police, according to an arrest affidavit cited on the The Washington Post. The gunman was arrested for shooting an AK-47 in a local Walmart and killing 22 people. Police found Crusius’ car parked at an intersection close to Walmart. He came out with his hands in the air and surrendered to the officers. Police are investigating a manifesto Crusius reportedly wrote and posted on an online messaging board called 8chan about 20 minutes before the attack, reports CNN.

The manifesto contains strong racist and white supremacist language as it warns against the “Hispanic invasion” of the U.S. The document also condemns “race-mixing” and tells immigrants to go back to their home countries. Authorities are treating the incident as domestic terrorism, and Crusius will be charged for a federal hate crime. Crusius told police that he chose El Paso as the site for his attack because it was far away from Allen, his home town across the state. He drove 11 hours to reach his target. The U.S. Census Bureau reports that around 83% of the population in El Paso is Hispanic, whereas, in Allen, only 11% are. READ MORE