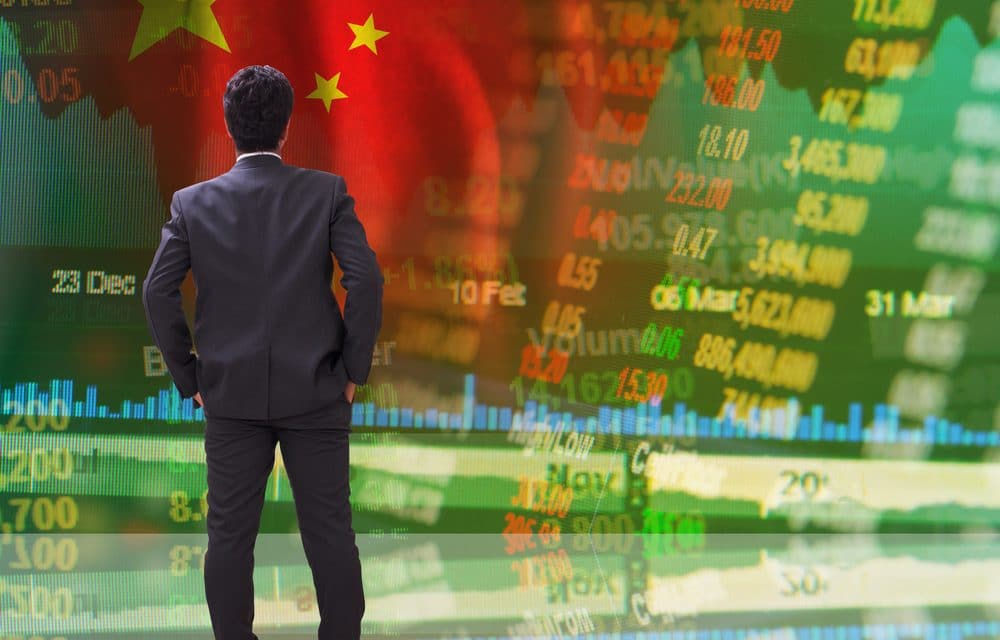 (CNBC) – Stocks fell sharply Monday as a trade war between the world’s largest economies intensified with China retaliating against President Donald Trump’s latest move. The Dow Jones Industrial Average plunged 954 points, while the S&P 500 dropped nearly 3.7%. The Nasdaq Composite lagged, dropping 4.3%. The major indexes were headed for their worst day of 2019 and have also fallen more than 5% from their record highs set last month. The move continues a sell-off that began last week when President Donald

Trump ordered new tariffs on the rest of Chinese goods and the Federal Reserve failed to signal it would be as aggressive as the market hoped in backstopping the economic slowdown. The Nasdaq was on track to fall for a sixth straight session, which would be its longest losing streak since late 2016. The S&P 500 also headed for a six-day losing streak. The Dow was set to fall for a fifth straight day.Apple led the decline in stocks that have the most to lose from these new tariffs, losing 5.4%. Nike dropped 3.1%.  Macy’s and Best Buy pulled back 5% and 4.8%, respectively. The SPDR S&P Retail ETF (XRT) traded 3.2% lower. FedEx dropped 5.2%. READ MORE