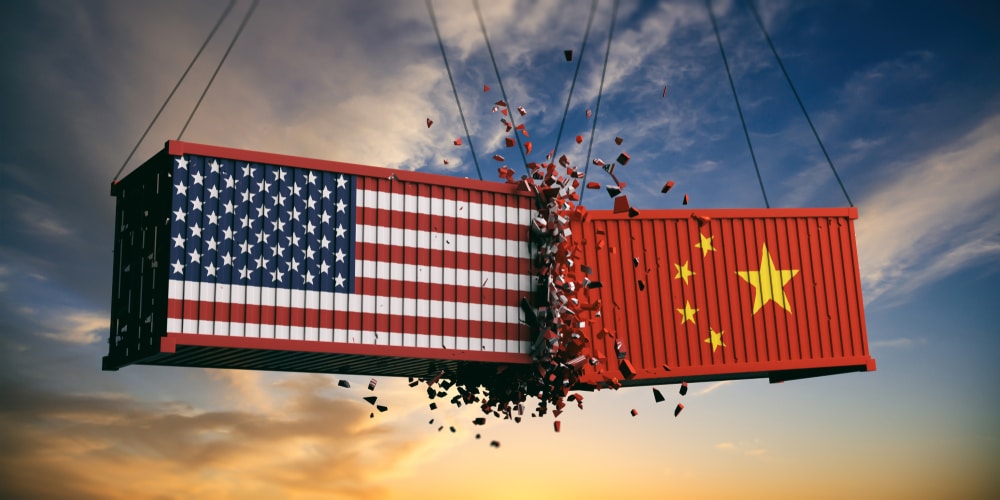 (Reuters) – China on Friday said it would not be blackmailed and warned of retaliation after U.S. President Donald Trump vowed to slap a 10% tariff on $300 billion of Chinese imports from next month, sharply escalating a trade row between the world’s biggest economies. Trump stunned financial markets on Thursday by saying he plans to levy the additional duties from Sept. 1, marking an abrupt end to a truce in a year-long trade war that has slowed global growth and disrupted supply chains. Beijing would

not give an inch under pressure from Washington, Chinese Foreign Ministry spokeswoman Hua Chunying said. “If America does pass these tariffs then China will have to take the necessary countermeasures to protect the country’s core and fundamental interests,” Hua told a news briefing in Beijing. “We won’t accept any maximum pressure, intimidation or blackmail. On the major issues of principle we won’t give an inch,” she said, adding that China hoped the United States would “give up its illusions” and return to negotiations based on mutual respect and equality. Trump also threatened to further raise tariffs if Chinese President Xi Jinping fails to move more quickly to strike a trade deal. READ MORE