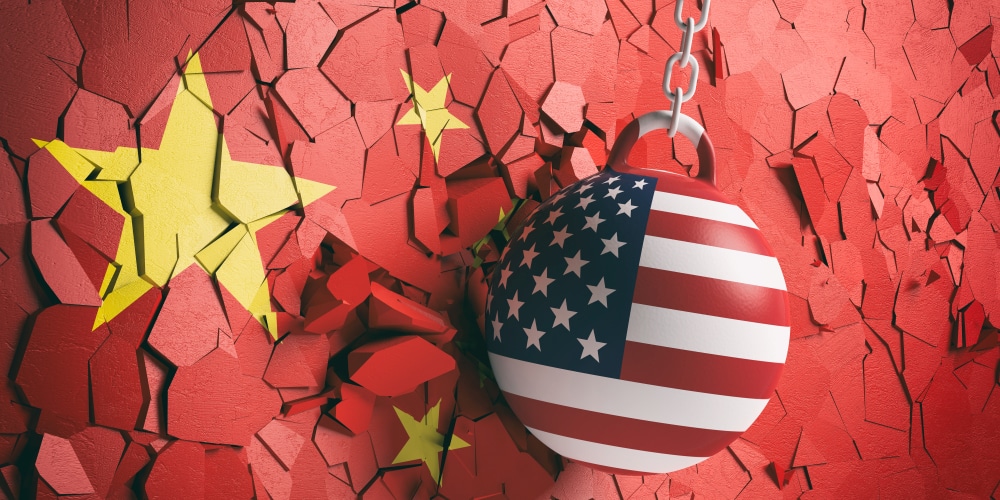 (Yahoo) – Terms of Trade is a daily newsletter that untangles a world embroiled in trade wars. Sign up here. Analysts continued to warn about the dangers of an escalating trade war on Monday, as China moved to strike back at the U.S., hitting U.S. stocks and boosting Treasuries. Semiconductors, with direct exposure to trade, and banks stocks, which are sensitive to interest rates, were among the decliners. The biggest U.S. banks slid, with the KBW Bank Index dropping as much as 4.1% to the lowest since June 4. Bank of America Corp. led index decliners, with a drop of 5.5%,