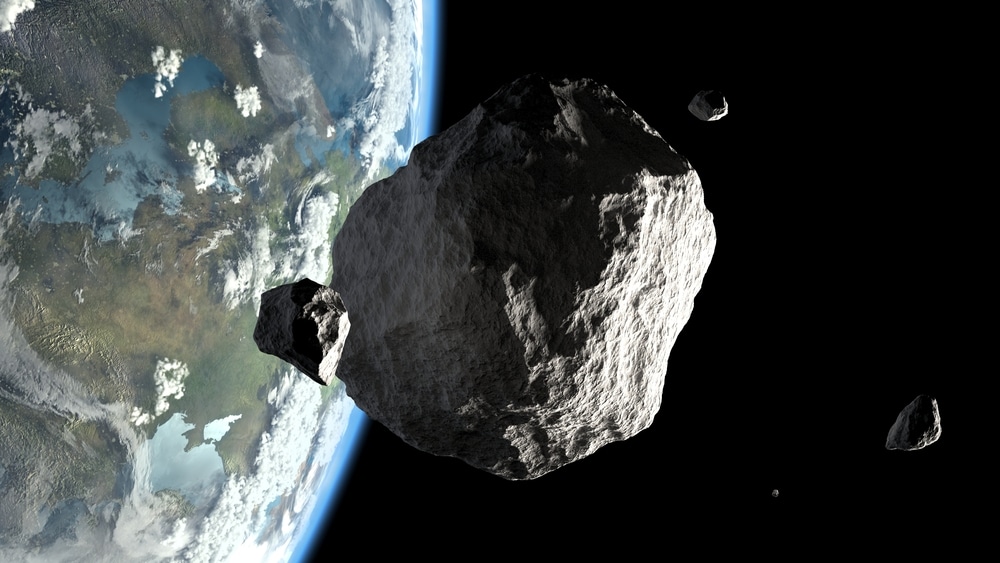 (Express) – NASA has been tracking an asteroid bigger than the Eiffel Tower, dubbed 2006 QQ23, which is traveling at a speed of 10,400mph. An asteroid bigger than a 100 story building was tracked by NASA as it careered past Earth early on Saturday, highlighting the threat posed towards our planet by space rocks. The asteroid, known as 2006 QQ23, could have hit with a force 500 times that of the atomic bomb dropped on Hiroshima, had it been traveling along a different trajectory. A video shows a model of the

asteroid, which is 1860 feet in diameter at its widest point, orbiting closely to Earth. 2006 QQ23 hurtled past Earth on Saturday, in what is reported to be the closest call of an asteroid hitting the planet since 2001. Although 2006 QQ23 missed Earth by 4.6million miles, NASA considered the asteroid to be “potentially hazardous”. The incident triggered fears another large, not yet known of, an asteroid could be on a collision course with Earth. Danica Remy, president of the nonprofit organization B612 Foundation, works to protect the planet from asteroids. READ MORE